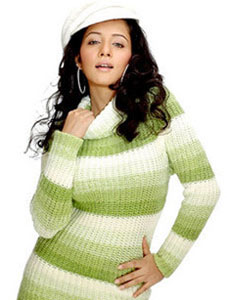 Ratna Sinha's Chota Ganpati Telecreations' Do Saheliyan on Zee TV had not yet got its second main lead, and the audition to find the apt face were on for quite a long time.

As reported earlier by Tellybuzz, Raunak Ahuja of Mitwa Phool Kamal Ke fame has been finalized as one of the main lead. Ankita Srivastava and Sulagna Panigrahi of Amber Dhara fame had been selected as the female lead of the show long time back.

According to our source, "The second main lead has finally been found. Gaurav Chaudhary who was earlier seen in NDTV Imagine's Dahleez and Star Plus Kayamat has been finalized as the other male lead. He will essay the character name Shaurya, and will be the guy opposite Ankita Srivastava. Raunak Ahuja will play the love interest of Sulagna Panigrahi.
As reported earlier Akshay Anand and Ravi Gossain play the girls' fathers."

We tired calling Producer Ratna Sinha but she remained unavailable for comments.