Despite being listed under the same category of Indian cinema, one would agree that the world of Tellywood is vastly different from the Bollywood fraternity.

Nevertheless, it would be unreasonable to compare the two since each sect has its fair share of equal advantages and disadvantages. Regardless, the trend of talented B-Town actors starting their career in Tellywood is on the increase and the vice versa applies; a number of talented Telly actors are crossing mediums and pursing a career in Bollywood.


Obviously the audience has no qualms about either since they still receive their fair share of eye candy on both the small and big screens. As a result, BollyCurry took time out to bring you a special edition dominated by actors who have taken to the path leading to Bollywood.
Gurmeet Choudhary 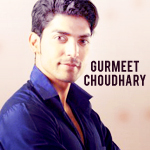 Although he began his career with the mythological show Ramayan, this enigma of a man has already tasted success with his hit show Geet - Hui Sabse Parayi. He further went on to be the lead actor of yet another hit television serial, Punar Vivah. Proving his worth by essaying all three unique roles with perfection, Choudhary is now well on his way to making a name on the big screens as well. The actor has signed a three film deal with Bollywood's veteran director, Mahesh Bhatt under the banner of Vishesh Films.
Fawad Afzal Khan 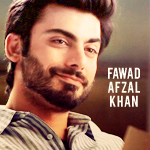 The soft spoken Pakistani actor who ruled millions of hearts with his roles in Humsafar and Zindagi Gulzar Hai, has left no stones unturned to prove he's a diamond in the acting industry. A singer, model and actor all-in-one, Khan is a multitalented man with the ability to warm his audience's hearts with his good nature and lovable aura. After marking his name in platinum letters in Pakistan, Khan is ready to take Bollywood by storm with his upcoming film, Khoobsurat(2014). He is paired opposite Bollywood's fashionista, Sonam Kapoor.
Karan Wahi 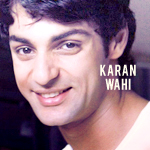 Having debuted in the television show Remix, Karan Wahi has won many hearts with his lovable character in the hit drama series, Dill Mill Gayye. Wahi is an experimental man and no role has ever been too big or small for him as he has many other shows in his kitty, all of which he has essayed to flawlessness. After experimenting with Tellywood, the versatile actor is all set to make his mark in Bollywood. Luckily, he's paired against Bollywood's bubbly Parineeti Chopra in the upcoming romance Daawat-e-Ishq, which also stars Aditya Roy Kapur.
Barun Sobti 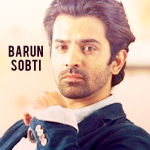 After garnering immense success with his role as the angry young man in television's Iss Pyaar Ko Kya Naam Doon, Barun Sobti has a large fandom that recognizes his tremendous acting abilities, as well as his down to earth nature. He has played various characters in hit Tellywood shows such as Shraddha, Dill Mill Gayye and Baat Hamari Pakki Hai. Now Sobti is all set to join his counterparts in the Bollywood fraternity as he debuts in Main Aur Mr. Riight; a romantic flick slated to be released in the latter part of the year.
Karan Singh Grover 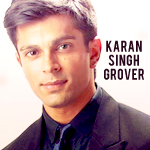 Yet another Dill Mill Gayye prodigy makes the list. Karan Singh Grover has ruled hearts since his portrayal as Dr. Armaan Malik in the medical drama. Grover is also well known by the audience for his remarkable character in the popular drama Qubool Hai. Having tasted success in Tellywood, he is now all set to claim Bollywood as his own with his upcoming horror flick, Alone, starring alongside Bollywood's Bengali diva, Bipasha Basu.
Without a shadow of a doubt, all of the aforementioned men will be accepted into the Bollywood family with open arms as they take their careers to newer heights. Each with their unique style and aura, they're all on their way to being superstars, a lifelong dream for all of them. BollyCurry wishes each man success in all of their future endeavours as they continue to grace the screens of our televisions and make their mark on the silver screen.
Author: Mohini N.
Editors: Fatima W. and Jenifer Y.
Graphics: Shikha A.
Have a suggestion or comment for BollyCurry? Drop us a PM at BC_Dropbox today.
290 Likes