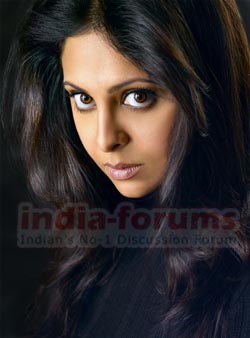 Shefali Shah is a well-known name for millions of film buffs across the country. Her recent appearance as Kasturba Gandhi in "Gandhi -- My Father" has only managed to push up her goodwill, with co-actors showering her with praise. After all the critical acclaim, the actress is now even more excited about her next venture. Shefali is doubly sure that her performance in Rituparno Ghosh's "Last Lear" will not let down her fans.

Q: What are you doing these days after "Gandhi --- My Father"?
A: At present, I'm celebrating the success of that film. Besides, I'm investing all my time on my kids.

Q: Shefali, you have received kudos for executing the character of Kasturba so well…
A: I'm really happy about getting appreciated for it. But the more important thing for me is to do similar assessment for my roles as a daughter, a wife and a mother in my personal life. I also want to be eulogized as a responsible citizen.

Q: Do you think Bapu's dream-India was the same as the one we are living in today?
A: It's not easy to answer this question. But I would like to point out that this is not the independent India for which our predecessors made innumerable sacrifices. I feel independence is when we can speak freely, think freely and at the same time, express our thoughts without any hindrance. Until we are free to express ourselves, we cannot dream, and until we dream, how can we fulfill them? Our nation is still stained with corruption, dowry, foeticide and many such social evils. Without getting rid of them we cannot avail of real independence.

Q: Tell us about your character in Rituparno Ghosh's film "Last Lear".
A: Look, I'm still not allowed to disclose my character. I can only tell you that the character I'm going to portray is in accordance with my age. The film is based on a novel by Utpal Dutta, who wrote it on the famed drama of Shakespeare. The film also stars Amitabh Bachchan, Preity Zinta, Divya Dutta, Arjun and some other actors from Kolkata.

Q: After "Waqt", this is the second time that you are working with the Big B. How is the experience?
A: Like the previous film, I'm not opposite him in this film. But the experience of working with Amitji has always been wonderful. He has such a great personality that he can make everyone around him happy. His sense of humour is simply nonpareil. I really enjoy working with him.
Featured Video 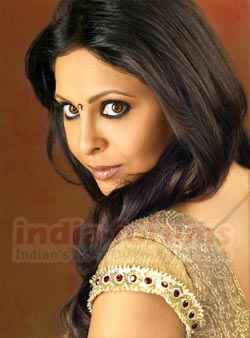 Q: What would you like to say about veteran director Rituparno Ghosh?
A: I would call him an "actor's delight". He is an absolute perfectionist when it comes to work. He focuses on his characters and story. His characters are not only very true but also multi-layered. That's his speciality. He notices even the minutest of things like the size of the bindi that an artiste is wearing. He allows everyone a little extra freedom while giving a shot. He just watches you and says: "I'll tell you if you are doing it wrong."

Q: Don't you face any difficulty delivering the dialogues in English?
A: Not at all. Even before I had to mouth dialogues in English in "Monsoon Wedding" I was quite free conversing in the language. I can remember that Firozji had to speak somewhat British English in the film "Gandhi -- My Father". And I found that quite bizarre. Then I advised him to follow colloquial English.

Q: What are your other projects?
A: I'm playing Anil Kapoor's wife's character in "Black and White" by Subhash Ghai. I'm also working in Rakesh Mehra's film "Delhi 6".