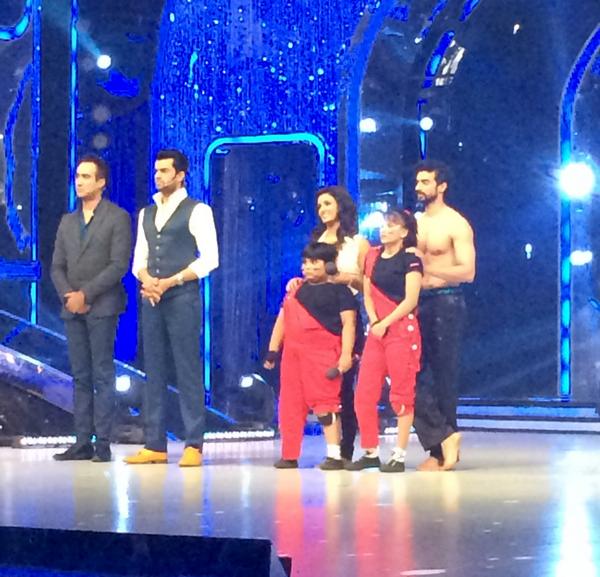 The show has reached in its semi finals with the four finalists. This week is the last elimination and unfortunately chota packet of Madhuri Dixit Nene has been eliminated. Its really a hard luck for Akshat Singh who was the first contestant to get the golden shoes from the judges. He was the youngest contestant on Jhalak Dikhhlaa Jaa Season 7 and it's an achievement that he made it to the quarter finals.

This week Akshat and Shakti Mohan will be in the bottom two as Akshat got less votes and Shakti didn't perform last week due to ill health. Thus in the face off Shakti made it to the finals. After eliminating contestants every week, Jhalak Dikhhlaa Jaa Season 7 will see its four finalists who are Shakti Mohan, Ashish Sharma, Karan Tacker and Mouni Roy.

The finale of Jhalak Dikhhlaa Jaa Season 7 is on 20th September till then keep guessing who will take away the trophy this year.

xoom450 6 years ago I'm rooting for Ashish. He deserves the jhalak trophy for his hard work, dedication & vertatility.

DV_LVR 6 years ago I hope mouni wins...Ur such as beautiful and graceful dancer mouni

JDJ was lifeless without you :(

Roxxy47 6 years ago Shakti Mohan All The Very Best ^_^

nafeesaeed 6 years ago many congratsss 4 Ashish...Ashish give ur best n take the trophy home u truly deserve it...All the best.

ktiluvu 6 years ago Congratulations karan tacker, finally ur hardwork reached you to top 4 keep it up

starsshinex 6 years ago Very well deserved four finalists. Really hoping that the best among the best will win! All the best to all four of you!

sanw 6 years ago All well deserved four contestants in finals...although I feel bad for chota packet

Ruhhee 6 years ago For moi Ashish all the wayyy so much nice effort from his part ...Karan been the same all the best