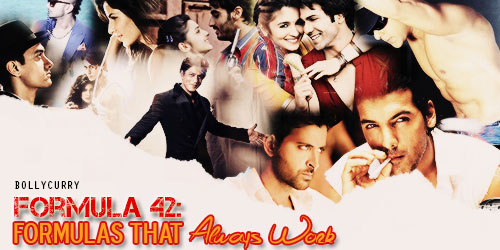 Call us cynics, but this month we are in an absolutely critiquing mood. With that thought in mind, here is BollyCurry today with 'Formula 42', a secret formula of tried and tested movie plots used by our directors when they want a super-hit movie.


Important Note: This formula is a top secret. We are revealing it at much risk. You must keep it hidden from any director who doesn't know about this formula yet.
1) Salman Khan Movies 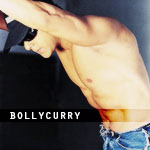 Yes it is absolutely true that this writer is a huge Salman Khan fan, but even she can't help notice that every Salman Khan movie for the past while has had many of the same factors. Salman Khan showing off his hot body. Check. Salman Khan beating up 20 or more goons to show off his macho-ness. Check. An absolutely creepy and vile villain who becomes a bheegi billi (scaredy-cat) at the end. Check. A new heroine or at least somewhat new heroine. Check. Sizzling chemistry. Check. A social message. Check. Despite all these repetitive elements his movies always work and they don't just work, they break all records! To prove this you can go back and look his timeline of recent movies, and see for yourself how many zeros they earned at the Box Office.
2) The Famous Shah Rukh Khan Romantic Pose 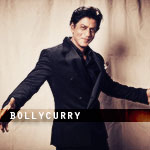 If there's one thing that people will flock to the theatres for, it is to see Shah Rukh Khan at his romantic best. It seems that in every movie of his, there has to be a song and dance number out in the mountains covered in snow and SRK doing his famous lean-back-and-spread-my-arms-out pose. Excuse us for not feeling romantic on seeing that pose, but it seems that this pose is enough to get the cash register ringing. The interesting point to note is that nowadays SRK isn't the only one doing his famous pose. Every new actor from Imran Khan to Sidharth Malhotra to Varun Dhawan has copied that pose, therefore making us ponder that it is one of the essentials for a movie to become a hit, perhaps?
3) A Yo Yo Honey Singh Song
"Waise Bollywood mein aati roz roz picturein, par superhit picturon mein Yo Yo X-Factor..." 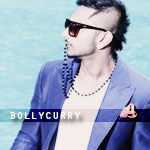 This line above was announced by Yo Yo himself in his song "Issey Kehte Hain Hip Hop" and who are we to refute that? After all he is right! Directors just need to have Yo Yo Baby and their movie is bound to bring in the dough. Really, it's that easy. Well then this writer might just make a movie and add in a Yo Yo song herself. Who knows? Maybe she'll roll in the dough as well. Excuse us again for being cynical, but if a song is the formula to success then that is just plain sad. Plain sad, plain sad, plain sad (read along the tunes of "Mein Sharabi").
4) Romeo and Juliet For The Umpteenth Time 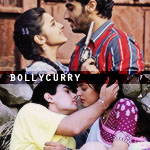 What do Ek Duje Ke Liye (1981), Qayamat Se Qayamat Tak (1988), Ishaqzaade (2012), and Goliyon Ki Rasleela Ram-leela (2013) all have in common? Ah yes! They're all "different" adaptations of Shakespeare's famous play Romeo and Juliet. The questions arises is how different are they? They all have a hero and heroine from different clans, cultures, or family statuses who fall in love with each other, elope, get married, and then get killed or kill each other so that their family doesn't kill them. We don't see any difference, do you? Yet each movie did extremely well at the box office. Well now isn't that amazing?
5) Remakes 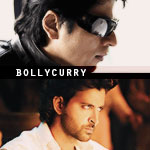 We don't know what this new trend is in Bollywood, but it seems that now-a-days every other movie is a remake of a hit from another film industry or even from Bollywood itself. Surprisingly, these films always seem to do really well at the box office, less a few obvious exceptions. You think we're joking? Not at all! Just have a look at some recent releases: Don: The Chase Begins Again (2006), Heyy Babyy (2007), Partner (2007), Dostana (2008), Ghajini (2009), Agneepath (2012), Bol Bachchan (2012), Humpty Sharma Ki Dulhania (2014), and Kick (2014). Need we say more? It's a tried and tested formula that seems to always work. I'm starting to loose my mind!
6) Sequels 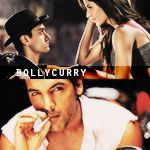 Another trend that seems to follow with remakes is sequels. Directors seem to think that if their first movie was a hit, then a continuation to the "story" will also be a hit and they seem to be right? When Don: The Chase Begins Again (2006) became a super-hit, Farhan Akhtar returned in 2011 with Don 2: The King is Back, which also did well at the box office. When Dhoom (2004) set cash registers ringing, YRF returned with Dhoom 2 (2006) and Dhoom 3 (2013), both also becoming massive hits. But we are getting royally annoyed with all these sequels. It seems that after remakes, the second biggest trend in Bollywood is sequels, considering that six sequels release in 2014 alone.
7) Typical Romantic Stories 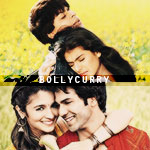 Before you hate on us for putting this here, let us explain. A typical romantic story has a diehard romantic heroine, a bekaar but handsome and cute hero, two families that don't meet eye-to-eye or a family that doesn't like the hero/heroine, and usually another suitor for the heroine. Sound familiar? We bet it does. These are your typical romantic stories with all the mirch masala of a Bollywood family drama. You have song-and-dance routines ion the streets, fight scenes where the hero saves the heroine's reputation, hate-turned-to-love between the hero and heroine, and what not! I wonder how this formula always works! Always! You name a movie and you're bound to find that it has been a semi-hit at the least. We don't know what it is, but it seems our Indian audience loves these movies and that's why directors are forever cashing in on this love.
8) Sell A Story Saying It's "Unique" 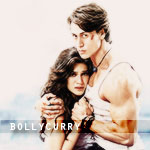 Don't get us wrong, but most directors seem to think that by saying that the story is "unique" people will flock to the theatres, spend money, and watch the movie. There are certain movies and stories that are actually unique, but most are not, or at least we don't see anything unique in them. Please do enlighten us by telling us what is so different about Yaariyan (2014) or Hasee Toh Phasee (2014) or Heropanti (2014) or even Humpty Sharma Ki Dulhania (2014)(also notice how we mention only 2014 movies). Nothing quitessential if you ask us. They all have more or less a story that has been seen before. The only difference is ummm... the way it is presented? So please excuse for not giving these movies the Unique Movie of the Year Award.
We are sure that after reading the above secrets you've already made a story in your mind for a movie you want to direct so that you can make some quick cash as well. But remember our note at the beginning: these formulas are top secret and should not be at any cost revealed to anyone! Sorry Bollywood, but today BollyCurry lifted the veil off your famous Formula 42. With that this writer is off to watch a movie she mentioned above because even she agrees that these formulas always seem to work...on her too!
Writer: Shreya S.
Editors: Peehu A. and Sonia R.
Graphics: Virina R.
Do you have a suggestion or comment for BollyCurry? Drop us a PM at BC_Dropbox today!
22 Likes