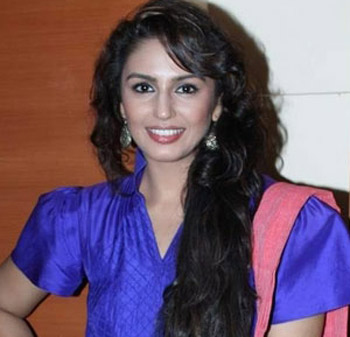 Model-turned-actress Huma Qureshi, who is gearing up for the release of her debut film "Gangs Of Wasseypur", feels director Anurag Kashyap is different in his approach as he gives importance to performance over looks while selecting actors for his project.

"When I started filming for the movie, one thing I noticed about Anurag is he is a filmmaker who is not obsessed with weight. He is more concerned about whether you can perform with your eye expressions, body language and move the audience," Huma old IANS.

Huma, who is paired opposite actor Nawazuddin Siddiqui in the film, claims one doesn't have to be size zero to connect with the audience.

"If audience can enjoy the film with the way you are, nothing like it. In fact, I am paired with someone who is very tiny. Nawaz is little tiny and he is size zero," she added.

Though her debut film is yet to hit the silver screens, Huma already has a bag full of movies - she has Vishal Bhardwaj's "Ek Thi Daayan", Nikhil Advani's next untitled film and Kashyap and UTV's joint production "Luv Shuv Tey Chicken Khurana".

She reveals till now nobody has offered her a role where she has to shed extra kilos to fit the bill.

"I don't think it is about gaining or losing weight, if a director wants me to look a particular way for a character then why not. As an actor you have to learn to modify yourself," Huma said.