View Profile
Toonpur Ka Superhero is a animated comedy film that will capture on reel, the real life happy couple, Ajay and Kajol Devgn.The film has got itself registered as a live action 3D animation movie.

Ajay will be seen playing the role of Aditya while Kajol essays the role of his wife.The film directed by Kireet Khurana, gets its music from the experienced music director, Anu Malik, and is scheduled to released on the Christmas eve, December 24th. 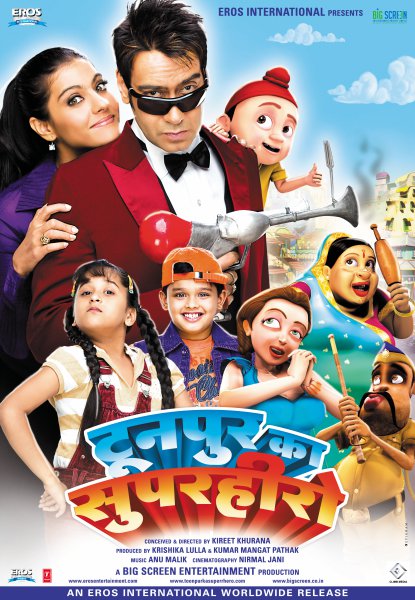 Watch the lovely couple create dhamaal onscreen after quite the hiatus!
1 Likes