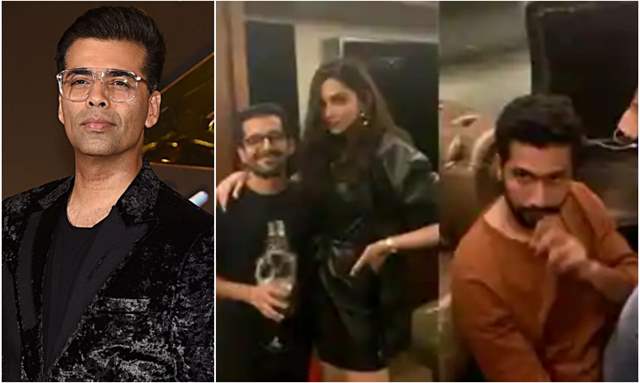 Sushant Singh Rajput’s sad demise has unveiled Bollywood’s darkest secrets and many new and shocking revelations are being made against the role models followed by millions. Now, yet another lead has been generated as Former Delhi MLA Manjinder Singh Sirsa has filed an FIR with the Narcotics Control Bureau (NCB) against the actors who were seen at a party hosted by Karan Johar at his Mumbai residence back in 2019.

The former MLA has urged the NCB Chief Rakesh Asthana to investigate the matter and claimed that it will open pandora's box in the ongoing investigations.

In his statement the former MLA Manjinder Singh Sirsa said that he had filed a complaint about this video with Mumbai police last year - on August 1, 2019 - but claimed that they failed to initiate the investigation.

He also mentioned having sent a written complaint via speed post followed by several reminders about it, while also repeatedly posting about the same on his social media handle.

He took to his Twitter handle and shared the pictures of the FIR filed against Karan Johar, and said, "I met Sh. Rakesh Asthana, Chief of @narcoticsbureau at BSF headquarter, Delhi regarding submission of complaint for investigation & action against film Producer @karanjohar and others for organizing drug party at his residence in Mumbai That party video must be investigated into!"

The FIR comes after Sirsa shared the video on his Twitter handle and alleged that they seemed to be in a drugged state. His tweet read: “#UDTABollywood - Fiction Vs Reality Watch how the high and mighty of Bollywood proudly flaunt their drugged state!! I raise my voice against #DrugAbuse by these stars. RT if you too feel disgusted @shahidkapoor @deepikapadukone @arjunk26 @Varun_dvn @karanjohar vickykaushal09.”

The video was even shared by Karan Johar on his Instagram handle and all B-townies can be seen having a blast at the party. The party was hosted at the night of July 28, 2019, and on July 31, 2019, Manjinder S Sirsa took to his Twitter handle alleging the actors to be in a drugged state.

Also Read: Bollywood celebrities accused of being in a drugged state - Alleges an MLA

However, Milind Deora refuted these allegations and demanded an apology. In his tweet, he also mentioned that his wife was also present that evening and nobody was in a “drugged state”.

Meanwhile, Karan Johar was seen leaving the town along with his mum and his kids (and their nannies and house helps) to Goa to spend some quality time and relax and enjoy the coastlines.

The family was spotted taking all the precautionary measures at the Private Airport in Mumbai before leaving for their trip. The Johar family is reportedly out in Goa for a brief getaway, where KJo has planned to spend as much as time with his kids and mother.

RapChick101 12 days ago Oh gosh stfu! 3/4th youth would be jailed. So much rape, domestic violence in the country and this is the one thing everyone sought after!

"My favourite moment is of my own of the series, which is a ...
6 minutes ago

6 Iconic Dialogues Every True Mirzapur Fan would Use in Real ...
32 minutes ago