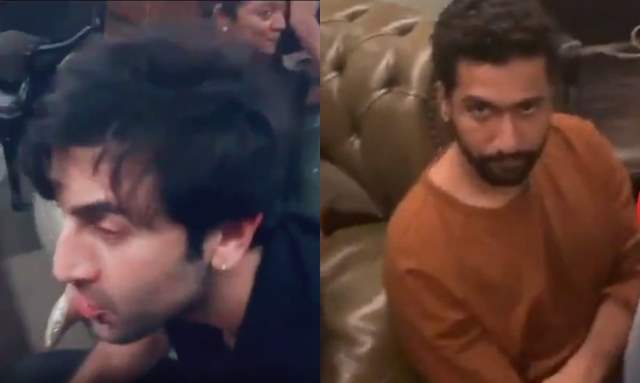 It is no surprise that Bollywood celebrities love partying with their loved ones and the fans wait for their role models to post photos or videos from these closed undisclosed walls. And there’s only one individual who could bring these superstars under one roof and that would be - Dharma production’s head honcho Karan Johar.

These parties are quite often phenomenons and similarly, KJo had recently organized a party for his very close ones from the tinsel town. The list of attendees included actor Deepika Padukone, Ranbir Kapoor, Vicky Kaushal, Arjun Kapoor, Malaika Arora, Shahid Kapoor, filmmaker Ayan Mukerji, among others.

Also read: Deepika-Ranbir-Shahid-Mira-Arjun-Varun have a BLAST at Karan Johar's House: Inside Pics-Videos

The video of these celebrities went viral on Twitter and they see they seemed to be in a drugged state alleges MLA - Manjinder S Sirsa. He shared the video and tweeted: “#UDTABollywood - Fiction Vs Reality Watch how the high and mighty of Bollywood proudly flaunt their drugged state!! I raise my voice against #DrugAbuse by these stars. RT if you too feel disgusted @shahidkapoor @deepikapadukone @arjunk26 @Varun_dvn @karanjohar vickykaushal09.”

Responding to the tweet, Milind Deora, refuted the claim while demanding an apology. He wrote, “My wife was also present that evening (and is in the video). Nobody was in a “drugged state” so stop spreading lies & defaming people you don’t know! I hope you will show the courage to tender an unconditional apology.”

As the Twitteraties debate to pull down the curtain and reveal the real identity of these stars, Ayan Mukherji can be seen hiding something from the camera and as the users speculated it wasn't his mobile phone.

Meanwhile, the twitteraties have been busy debating if the B-townies are actually in a drugged state. From sharing zoomed-in shots from the video to explaining how people high on alcohol can have blood-shot eyes, Twitteratties were completely divided over the issue. Check out some of the responses:

For those who have been wondering why ranveer Singh and Alia Bhatt were not present at the party - the two are currently shooting for Kabir Khan’s ’83 in London and Sadak 2 in Ooty respectively.