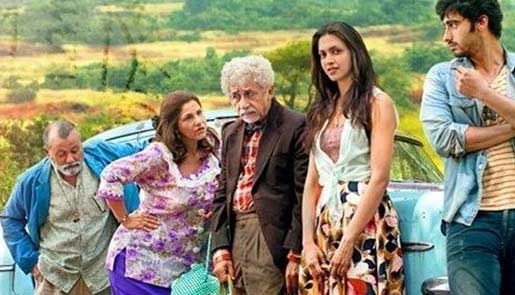 "Finding Fanny" director Homi Adajania and the film's co-producers are thrilled that the entertainer is lined up for screening at the Busan International Film Festival next month. They think it's a "perfect" window for the movie to reach a foreign audience.

An English language Indian quirky comedy, the multi-starrer, which features veterans like Naseeruddin Shah, Dimple Kapadia and Pankaj Kapur as well as young talents like Arjun Kapoor and Deepika Padukone, will have its Korean premiere at the fest.

"It feels great," co-producer Dinesh Vijan, said in a statement.

"Busan is fast emerging as one of the more serious and hugely respected international film festivals. It gives 'Finding Fanny' perfect exposure to a widespread international audience," added Vijan.

"One of the reasons we made this film was to release it internationally to include a non-diaspora audience and this is an encouraging first step towards that," he said.

The actors are ecstatic too.

Deepika finds it "exciting" and "amazing", and Arjun said: "This is great news for the entire team of 'Finding Fanny'. It's a moment of pride and joy that a prestigious film festival like Busan has given us such recognition."

The movie is a comical story about five oddballs who venture out to find Stefanie Fernandes (Fanny), and in the process, they discover a strange sense of solace and love amongst each other.

The film has been produced by Maddock Films and is being presented by Fox Star Studios.