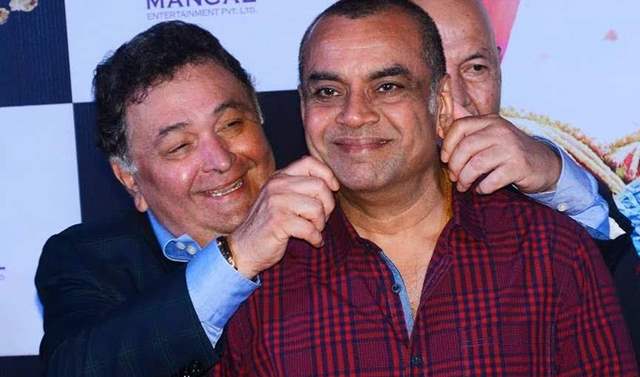 'Sharmaji Namkeen', the evergreen Rishi Kapoor's last film, will be released in theatres this year...

Late actor Rishi Kapoor's last film titled Sharmaji Namkeen is scheduled for a 2021 theatrical release. As the shoot of the movie is still pending, the makers endeavour to present the veteran actor's last film as a tribute to his fans and him on his birthday, the 4th of September, this year.

Now, as per close sources to the development, to achieve this reality, Paresh Rawal has agreed to complete the remainder of the film in the same role - a sensitive step that is unprecedented in Hindi cinema. The filmmakers and Paresh Rawal have taken this decision in order to release the film as a mark of respect for Rishi Kapoor.

Kapoor’s final performance and a celebration of his inimitable talent and career for all his fans. Produced by Ritesh Sidhwani and Farhan Akhtar in association with MacGuffin Pictures, directed by debutante Hitesh Bhatia, this film is a light-hearted coming-of-age story of a lovable 60-year-old man.

The makers and team of Sharmaji Namkeen are ready to resume shoot soon with plans of a 2021 release.