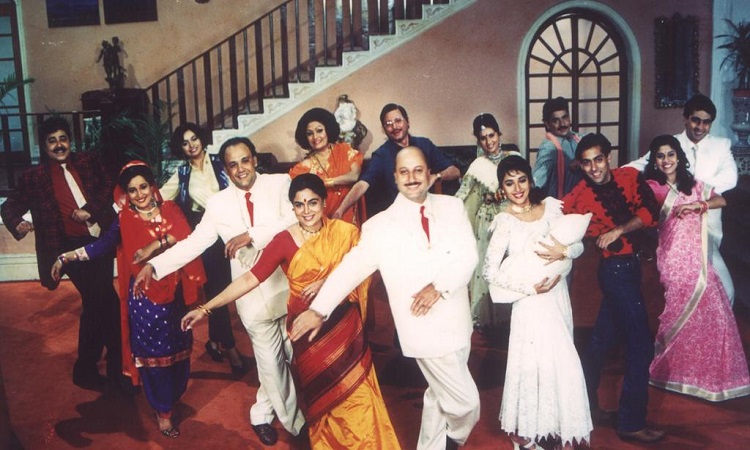 If you are a fan of the 90s films, you might as well be a fan of family dramas. One such family drama that captured hearts was Rajshri Productions' Hum Aapke Hain Koun..!. Written and directed by Sooraj Barjatya, this musical family drama is the story of Prem and Nisha who are forced to sacrifice their love for each other for their family's sake. 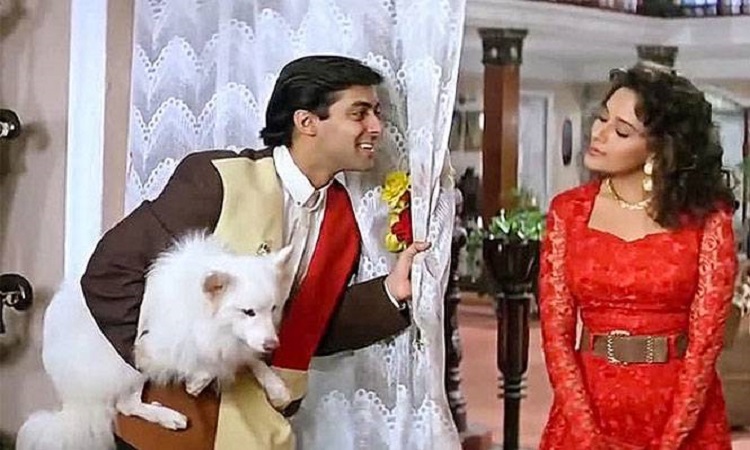 Out of the many, the simple things that captured our hearts, are the innocent yet mischievous lead actors, the chemistry they share with their families and siblings, the songs which force you to hum the tunes even after the film over, and last but not the least, Tuffy, the dog who plays a major part in bringing the leads together.

This period of remakes, got us thinking about what would happen if Hum Aapke Hain Koun..! was made in 2019. So here's an attempt, made by us, to see who would be suitable to play the role of the following characters: 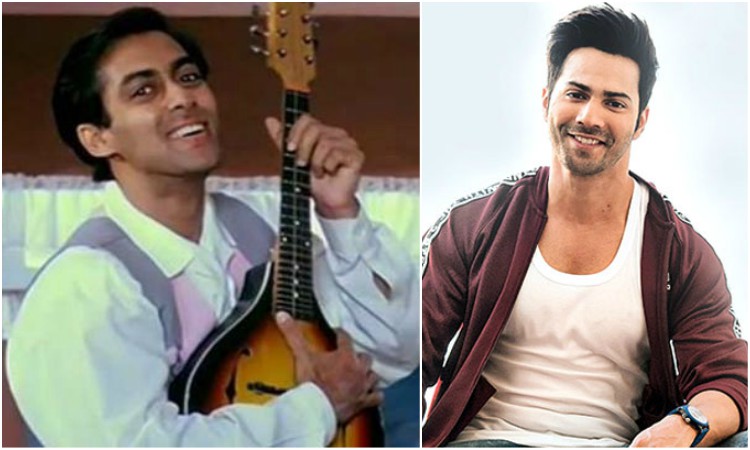 Originally played by Salman Khan, Prem is mischievous yet innocent, the ladla of the house. Being the youngest in his household, he shares an amazing relationship with everyone, especially his household friend Lalloo.

We think Varun will be suitable to play the role of Prem in the movie as he has impressed everyone with his playfulness, innocent yet mischievous smile in the movies like 'Main Tera Hero' or 'Judwaa 2'. 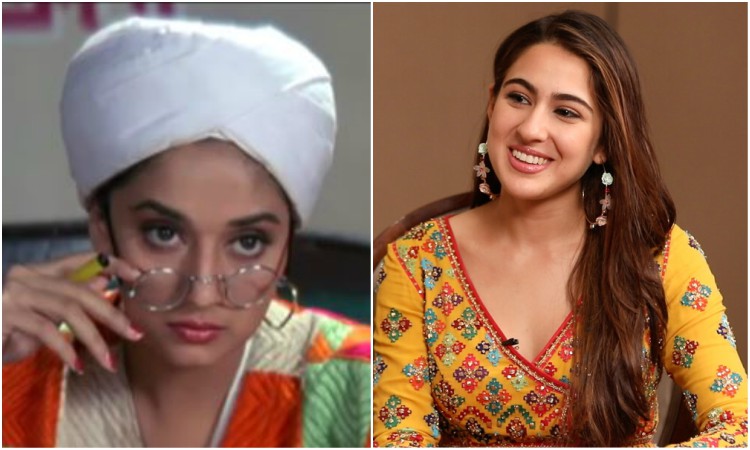 Played by Madhuri Dixit, Nisha is a bubbly girl with the perfect blend of mischief and sanskaar. Her love for chocolates and ice-creams is what makes her relatable to every girl.

We think Sara will fit the bill in playing the role of Nisha. She made her debut last year with Kedarnath and has won many hearts since. Her bubbly personality, the innocent yet mischievous eyes and the urge to explore everything makes her a perfect package to play the role of Nisha. 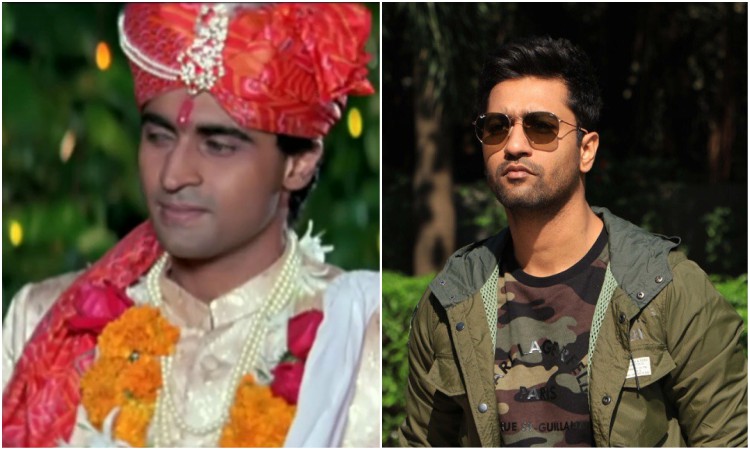 Played by Mohnish Behl, Rajesh is Prem's elder brother. He is the one who takes care of the business after his uncle Kailashnath retires.

After playing various roles, from Masaan to URI, it will be a treat to watch Vicky play the role of Rajesh, a sanskaari beta who will do anything for the sake of his family's happiness. 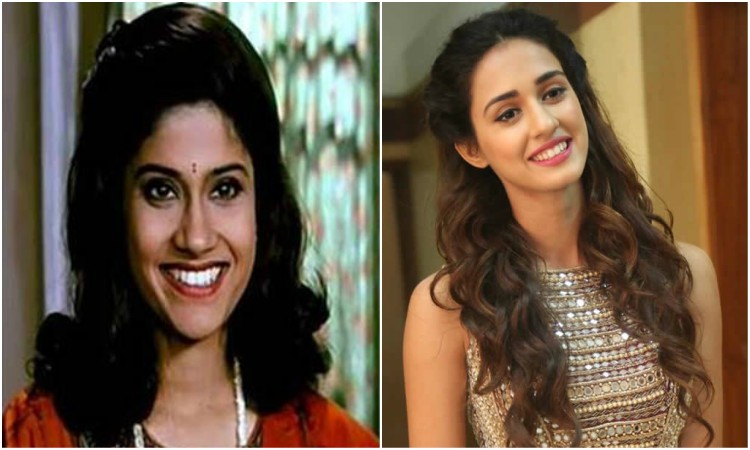 Originally played by Renuka Shahne, Nisha is the elder daughter of the Choudhary household. A sanskaari bahu-beti who gets married to Rajesh and handles his house and family like her own.

We had to really brainstorm hard on whom to consider playing the role of Nisha and stumbled upon Disha Patani. She has impressed the audience with her work in M. S. Dhoni and Baaghi 3. Not only does she look like a typical sanskaari beti but her roles so far also hint that she can play the role perfectly. 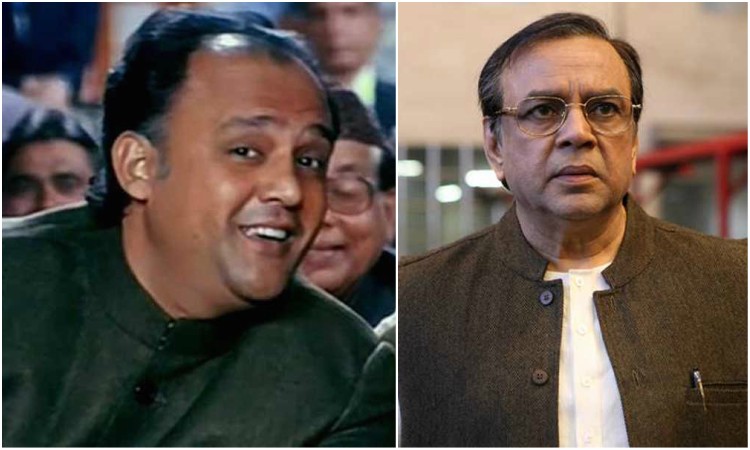 Everyone remembers Kailashnath, a bachelor uncle who sacrificed his own happiness for the sake of his orphaned nephews. Originally played by Alok Nath, we think in the remade version of 'Hum Aapke Hain Koun..!', Paresh Rawal will fit the bill perfectly.

He has always impressed us with his acting, his stint in Sanju where he essayed the role of veteran actor Sunil Dutt and won many hearts. 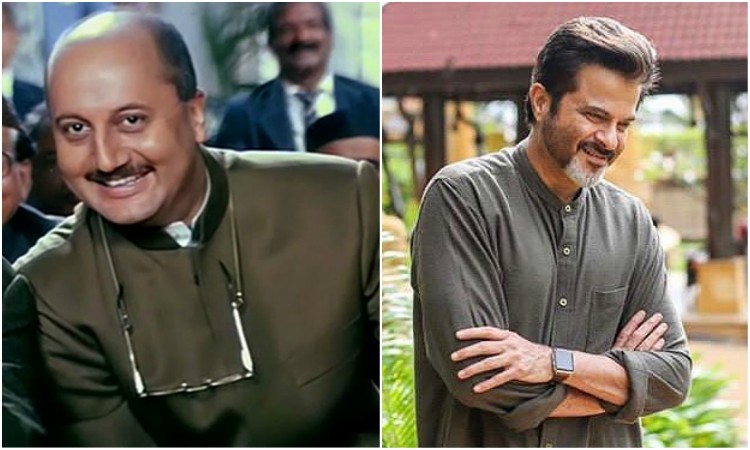 Played by Anupam Kher, Professor Siddharth Choudhary is full of life teacher who lives happily with his beloved wife and two daughters Pooja and Nisha. He loves cracking jokes, cooking food for his wife and pulling pranks along with his younger daughter Nisha.

We think Anil Kapoor will be an amazing fit to play the role. His recent stint in Ek Ladki Ko Dekha Toh Aisa Laga is the proof. 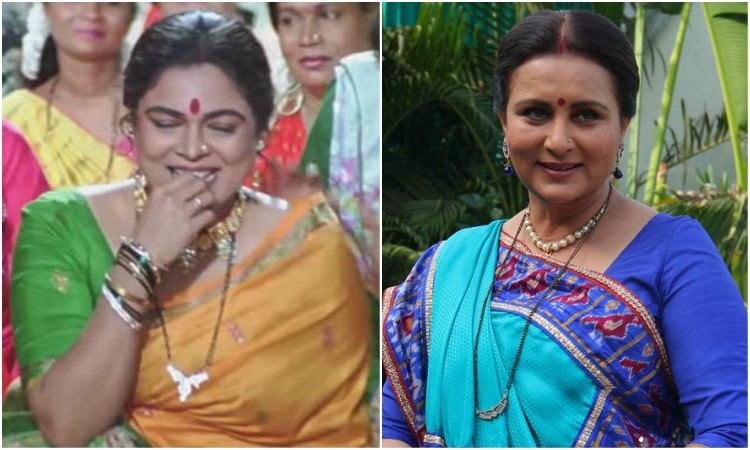 Played by the Legendary Reema Lagoo, Mrs. Choudhary is a typical Indian mother who is shy in expressing her love for her husband but wants all the happiness for her daughters.

Replacing late Reema Lagoo in this iconic movie was hard. No one came close to the innocence and beauty she portrayed as Pooja and Nisha's mother. But after much more brainstorming we decided that Poonam Dhillon might be able to play the role.

Her innocent looks and recent works in the movie 'Ramaiya Vastavaiya' and some television serials was the reason we chose her. 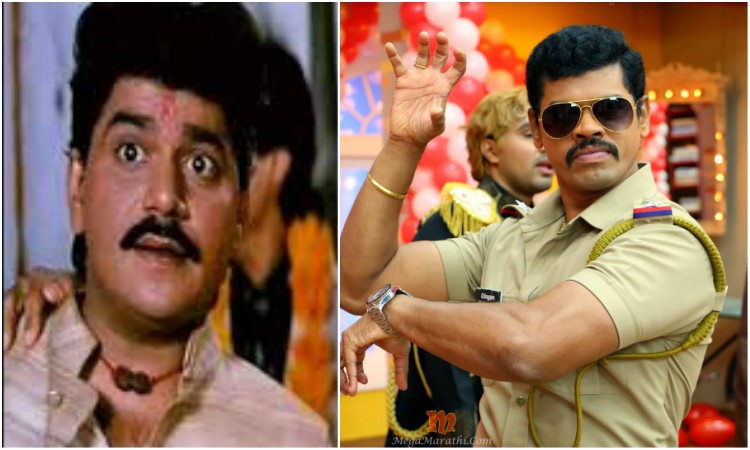 Lalloo was Prem's bestfriend and the household help in his house. The bond he shared with Prem, as well as Nisha, was worth bringing tears to the eyes. Played by legendary Laxmikanth Berde Lalloo is someone we can truly rely on.

We think Siddharth Jadhav, who played the role of Ganesh Tawde in Simmba, will fit the role of Lalloo Prasad. 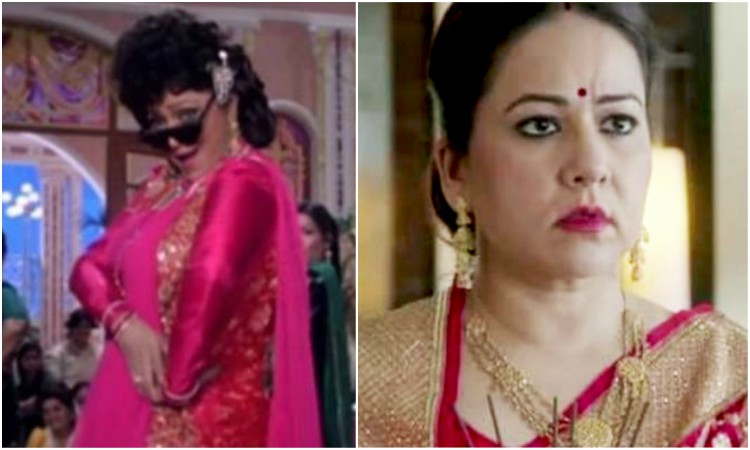 Remember the snobby aunt, who always cursed her husband for being poor and wanted to marry Rajesh in a rich family for dowry.

Played by Bindu, we think Ayesha will be perfect to play the role of Mamiji. She has impressed the audiences with her work in the movies like Dil Dhadakane Do, which was on a similar basis. 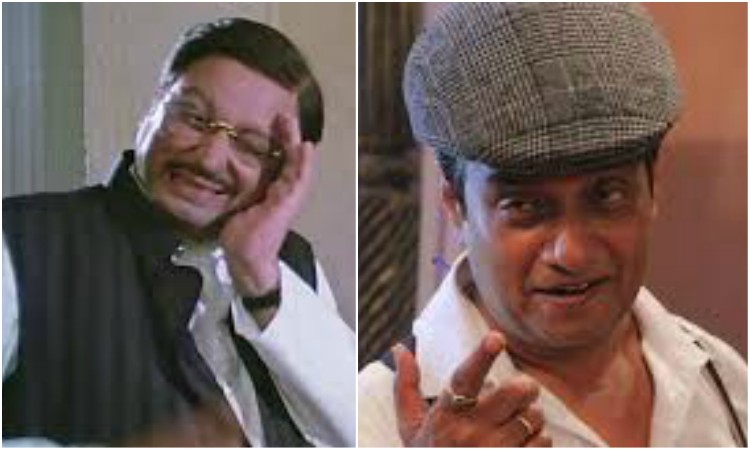 Played by Ajit Vachani, Mamaji was a college professor who asks Kailashnath to marry Rajesh with his colleague Prof. Siddharth's elder daughter Nisha, who coincidentally is Kailashnath's college friend.

We think Bijendra Kala will be suitable to play the role of the shy, timid Mamaji because of his previous works. 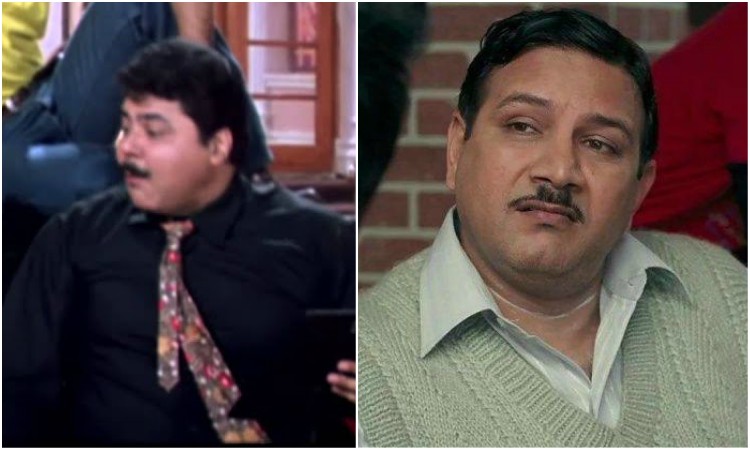 Played by Satish Kaushik, Doctor Chacha is a fun-filled man who is famous for his Shayari in his little group of friends.

We think versatile actor Kumud Mishra will be the perfect fit to play the role of Doctor Chacha because of his previous works in the movies like Sultan or M. S. Dhoni. 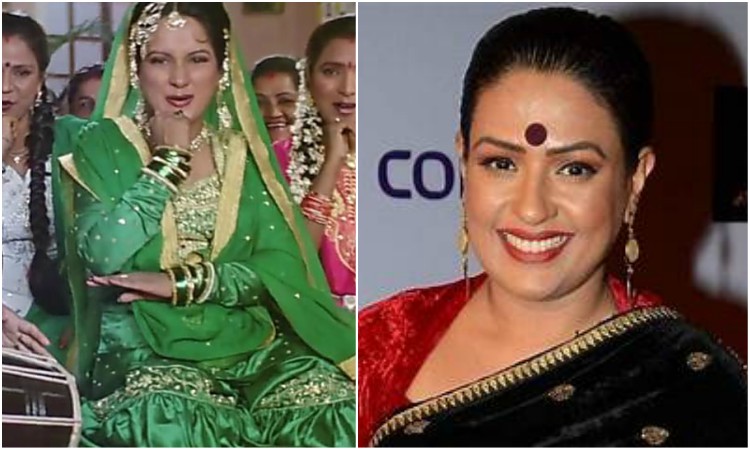 Played by Himani Shivpuri, Razia was Doctor Chacha's wife who is also a doctor by profession. She is a real treat to watch especially her and Prem's playful banter.

We think Ashwini Kalsekar will be able to play the role of Razia as she has impressed the audiences with her work in the Golmaal series. 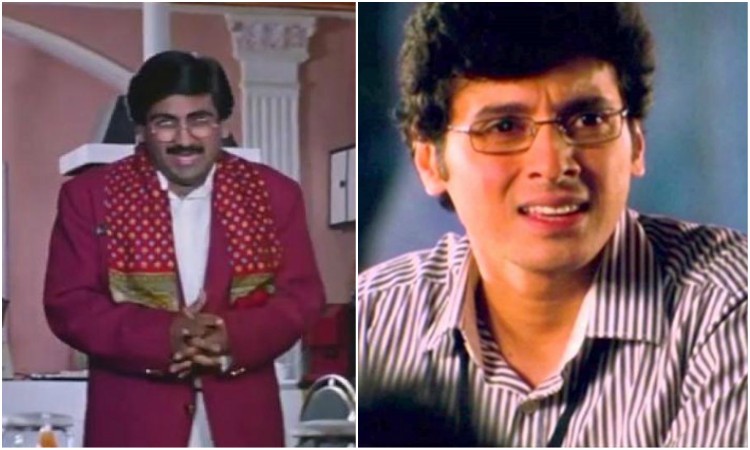 Played by Dilip Joshi, Bhola Prasad is Pooja and Nisha's maternal cousin. He is dorky and is studying Shakuntala, while on the search for his own bride. We think Divyendu Sharma will fit the bill of playing Bhola, as he has impressed the audience with his performance in the movies like Toilet, Ekkees Toppon Ki Salaami and many more. 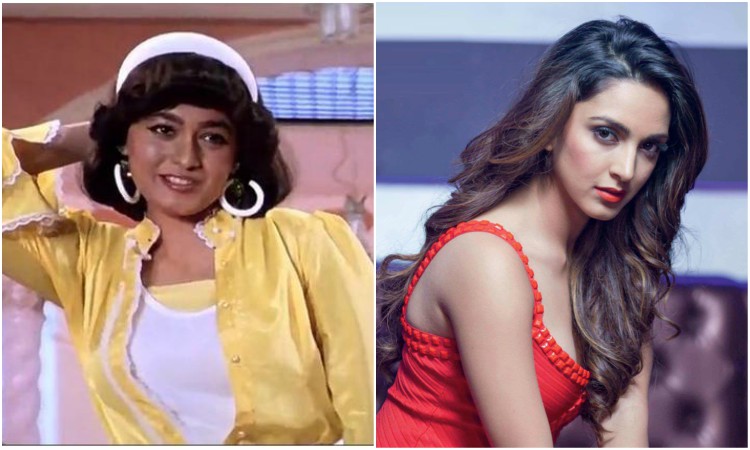 Though new in the film industry, Kiara has managed to impress the audience with her work in Fugly and the Netflix movie the Lust Stories. Originally played by Sahila Chadha, Rita is Mamiji's niece who has a crush on Prem and does everything in her power to impress him, eventually finding love in Bhola Prasad.

So, what do you think? Does our cast do any justice to the original cast? Write your views in the comments below and share with us if you have any similar ideas.

Enjoy your weekend and Stay tuned for more updates!

Nishallove55 3 years ago I don't think Sara can do justice to madhuris role. You need a fine actress.