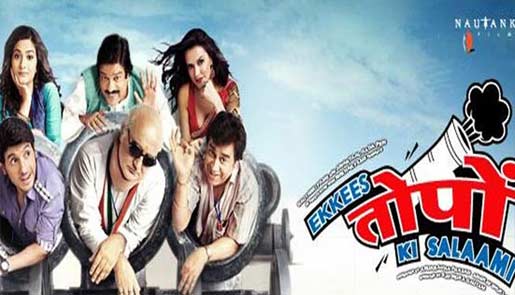 Veteran actor Anupam Kher is glad that his latest film "Ekkees Toppon Ki Salaami" has received a positive word-of-mouth, as he feels that the success of such movies will give filmmakers the courage to make powerful cinema.

"So happy that #EkkeesToponKiSalaami has got amazing reviews. Let's us hope it gets translated into audiences going to the theatres. Films like #EkkeesToponKiSalaami should do well at the box office for filmmakers to get courage to make such movies. Watch it in theatres," Anupam tweeted Saturday.

"Ekkees Toppon Ki Salaami" explores the relationship of a father (played by Anupam) with his two sons who have different beliefs and principles.