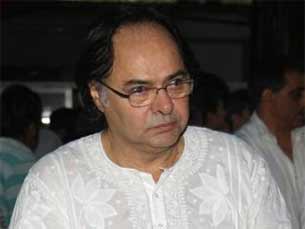 It was on "intuition" that M.S. Sathyu gave a big screen break to a young, innocent-looking Farooq Shaikh 40 years back in "Garam Hawa". His talent, says the filmmaker, was "fantastic". However, he rues that the late actor didn't get as much work as he truly deserved.

Farooque's sudden death in Dubai Friday evening following a cardiac arrest has left Sathyu wondering if it was the actor's love for biryani, kebabs and, more importantly, food that took his life away. But the 83-year-old agreed to go down the memory lane and shared his bank of fond memories of Farooque who he cast on "guess work".

"I saw Farooque during some drama. I was looking out for actors from the theatre world. I had cast names like Balraj Sahni and A.K. Hangal. I wanted to cast someone new for the role of Balraj's youngest son. The innocence of Farooque's face was necessary for the role, and so he made a perfect fit," recalled Sathyu in an interview with IANS.

A Padma Shri awardee and winner of two National Film Awards, Sathyu remembers paying just Rs.750 to Farooque -- that too after 15 years of the movie's release.

"I was under debt. I couldn't pay any of my cast once the film was made. But 15 years later, when I could, I paid Rs.750 to Farooque. Of course, when I paid him that amount, he had become a known name. But that was the promised amount," laughed Sathyu in between his intermittent coughs.

"I had a beggar's budget," Sathyu had said during the Abu Dhabi Film Festival where "Garam Hawa" was screened earlier this year. The year 2013 marks 100 years of Indian cinema and also the birth centenary of the film's protagonist Balraj Sahni.

"Garam Hawa", which tells the predicament of a Muslim family staying in Agra post-partition, went on to be nominated for the coveted Palme d'Or, the highest award at the Cannes International Film Festival. Sathyu was also honoured with the National Film Award for best feature film on national integration.

Thanks to luck and talent, the film did wonders for Farooque.

He went on to feature in films like "Shatranj Ke Khilari", "Bazaar", "Umrao Jaan", "Chashme Buddoor" and "Saath Saath". He also featured in TV shows like "Shrikant", "Chamatkar", "Ji Mantriji" and "Jeena Isi Ka Naam Hai". And thanks to his love for theatre, he remained a part of the long-running play like "Tumhari Amrita", which ran for 21 years until his untimely death.

"Farooque deserved more work. He didn't get as much work as he should have got. Less talented actors were enjoying more popularity during his time, I feel. He was very talented - he was as good for serious roles as he was for comedy, and his comic timing was wonderful," said Sathyu.

He was a "respectful, good gentleman, who was very fond of good food", he said. "A lot of good food!"

"Farooque used to really be fond of kebabs and biryanis and that could be one reason for his heart attack. He loved food so much that every city that he went to he knew exactly from where the good food comes.

"Even if he used to stay in a five-star hotel, he used to get good food from outside," said Sathyu, pointing out to the actor's humility and down-to-earth demeanour for which the Hindi film industry will always remember him with fondness.