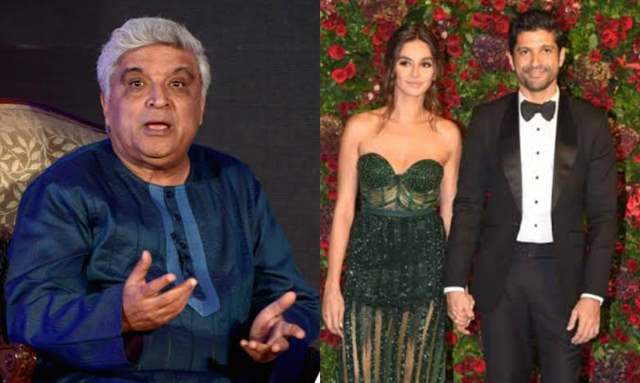 Recently, the rumors of lovebirds Farhan Akthar and Shibani Dandekar getting married was on a rise, which had left fans delighted and full of excitement. It was also said that they may tie the knot soon after the release of the actor’s upcoming film, Toofan.

However, even before any more details could surface, came reports of the couple keeping their marriage on hold, as the duo is currently focused on their careers and are in a happy space.

Also Read: Farhan Akhtar opens up about his Divorce, reveals the reaction of his Kids

In a recent chat with Hindustan Times, Farhan’s father and lyricist Javed Akhtar revealed that he has no idea about the marriage as he has never asked son?Farhan Akhtar about his relationship with Shibani Dandekar.

“I have no idea, at all. I keep meeting him. I’ve never asked him and he has never told me. If anything of this sort is happening and he thinks he should share it with me, he will tell me,” he said.

Javed Ji also stated that parents should respect their children’s privacy and should treat them as adults. “Once your children are grown up people, they’re adults, you cannot treat them like children. You have to respect them, their privacy and personal affairs, the way you would for any adult. I don’t think parents have a right to poke their nose in everything, particularly after a certain age... I know they are very good friends, I know they are together, but that’s about all.”

Meanwhile, Farhan and Shibani had recently joined Javed Akhtar and Shabana Azmi at an exhibition titled The World of Javed Akhtar, which featured his photographs, paintings, and posters.