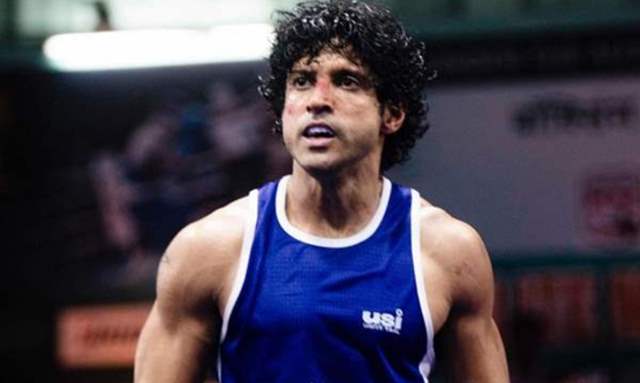 Toofaan has been raising the storm across the globe with its first of a kind virtual multi-city tours and interacting with sportsmen from across the country. Fans have been eagerly waiting for Rakeysh Omprakash Mehra’s sports drama ‘Toofan’ starring Farhan Akhtar in the lead roles.

After much back and forth, the makers have finalised the release date of the film and confirmed that Toofan will premiere globally starting 16th July on Amazon Prime Video.

Now, in one of the interesting press meets, Farhan Akhtar was asked which Indian actor would he fight if he had the chance to in a boxing ring, to which the toofani actor said, “I would like to see Kishore Kumar in the ring. He had done a boxing scene in this hilarious film Half Ticket. It is one of the funniest scenes that I have seen. So only for that entertaining reason and to be able to meet him. I absolutely love the man and want to spend time with him, not to fight, but just for that. His character from Half Ticket would be great!”

Farhan taking on Kishore Kumar? Now that is a scene worth hooting for. If only we could see this extraordinary meet-up come to life!