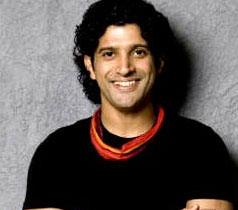 The ‘Rock On’ star, Farhan Akhtar is back on television, and this time the producer-director turned actor is not on the panel of judges, but will be hosting a reality show on a relatively new channel.

A person close to Farhan Akhtar on terms of anonymity said, “He is doing a reality show, produced by Endemol. When the production house came to him with the offer as host of the reality show, he liked the concept and accepted it.”

He is yet to sign the contract on the dotted lines. “The concept of the show is not just about dance and singing, but is something very unique. The proceedings for the show are in its initial stages though”, adds our source.

The shoot of the same will start by the end of this month. Well for the viewers, it’s a treat to see their favorite star rocking the TV screen again.

Watch this space for more news on this upcoming untitled reality show!

14 years ago thanks... but i wish he was doing another movie, either acting or directing... loved DCH and Rock On!!!

14 years ago ohh farhan luvvvv him he's sooo cute! can't wait to c him on tv

+ 2
14 years ago wow, this guy does everything...he's what we should call multi-talanted!

+ 9
14 years ago It was fun to watch him judging NB1. Looking forward to watching him as a host.

all the best for his new role