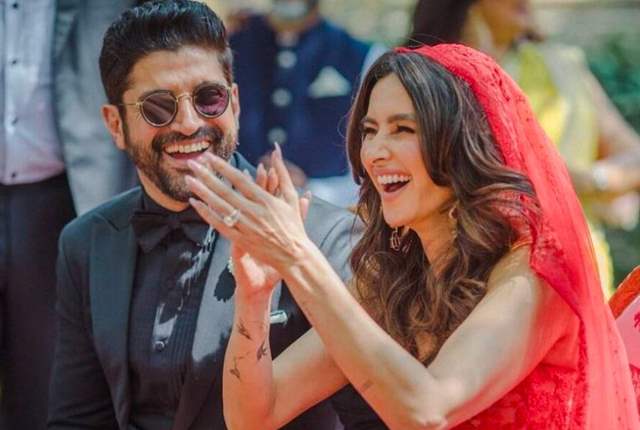 After being speculated for the longest time. actors Farhan Akhtar and Shibani Dandekar married each other a month ago. While, a smaller wedding in terms of scale, it was one of the dreamiest moments for the couple and while there were plenty moments that went viral, the moment of Akhtar and Hrithik Roshan dancing with each other on Senorita was the one that created the maximum rage.

But coming back to Akhtar and Dandekar, their love story has been one to witness. They were dating each other for a few years and in a recent interview with a news portal, Akhtar opened up on his relationship with Dandekar even recalling his first date with her and calling it 'awkward and silent'.

He said, ‘It was so quiet, as he wasn’t talking at all and Shibani on the other hand had run out of all topics in her head’.

Back in 2015, Farhan and Shibani met for the first time on the sets of a television show, where Farhan was a host and Shibani was a contestant. They made their dating official in 2018, and their adorable display of affection for each other, dish out major relationship goals.