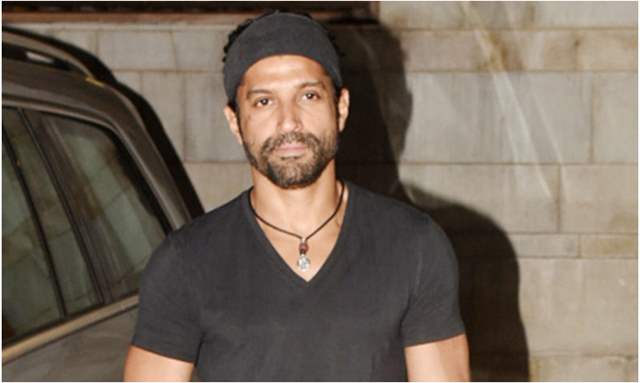 Bollywood’s most versatile actor Farhan Akhtar will open Star Sports’ Live Broadcast on ‘Cricket Live’, ahead of the opening match of Dream11 IPL 2020.

The nation has been going through some tough times due to Covid-19, making this season even more special since it gives a reason for people to come together to watch India’s very own tournament.

Farhan Akhtar will set the tone of the tournament by introducing ‘Cricket Live’, before the much-anticipated clash between Mumbai Indians and the Chennai Super Kings. He will be addressing today’s testing times, and how we need to ‘Believe’ to ride over this ‘Toofaan’.

Speaking exclusively on Star Sports’ Cricket Live, Farhan said, “These are trying times and our nation continues to persevere and move forward. With the world picking up pace in the new normal, the announcement of the IPL was a breath of fresh air. I have been looking forward to some sporting action, and LIVE Indian cricket is back after a long hiatus. There’s much to learn from the journey of a team or an individual in it. To rise after you fall, to learn from one's mistakes and most importantly, to stay grounded and humble in victory.”

“I resonate with this feeling even more after working on my upcoming film ‘Toofaan’ in which sport is the backdrop, made on similar ethos. It is important, especially in these times, to stay resilient, optimistic, and ready to battle all odds for a better tomorrow. Personally, it also is an absolute pleasure to open the maiden show ‘Cricket Live' on Star Sports preceding one of the most awaited IPL clashes - MI and CSK. Looking forward to a grand opening game,” added Farhan.

This will be an exciting opportunity for the fans to hear from Farhan, who shook the nation with his first look and his unbelievable boxer physique when the poster of Toofaan was unveiled. The film is presented by Excel Entertainment and directed by Rakeysh Omprakash Mehra. Toofaan is an Excel Entertainment Production in association with ROMP Pictures.