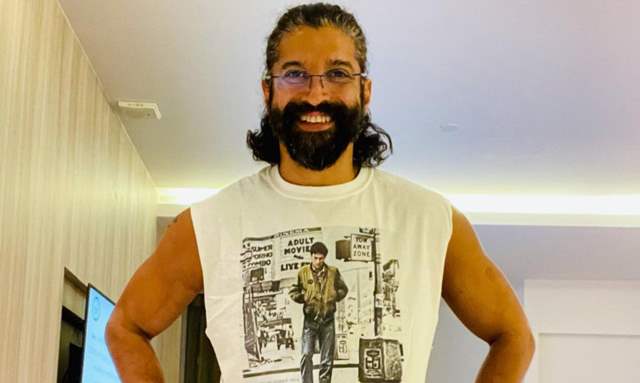 Bollywood actor Farhan Akhtar is currently gearing up for the release of his upcoming film Toofan in which he will be seen essaying the character of a boxer. The talented actor is known to juggle between his projects and now Farhan has quietly travelled to Bangkok where he is apparently gearing up to shoot for an international project.

According to the recent Pinkvilla report, Akhtar has recently bagged an International project by Marvel Studios and has even started shooting in Bangkok.

The actor-filmmaker has never failed to impress his fans even when he stands out of the scenes as a director. The recent development in Farhan’s career has definitely excited fans as she will be a part of the Marvel Cinematic Universe.

The talented actor has never failed to impress his fans with his amazing performances on the big screen.

The report quoted a source who shared, "Farhan is currently stationed in Bangkok, along with an international cast and crew, for the shoot of a project with Marvel Studios, who are known to be one of the biggest film studios worldwide."

This recent development sounds like an amazing opportunity for the actor-producer-director, however, there are no other details that have been disclosed about the international collaboration. “All other details of the project are strictly under wraps," the source added.

For the unversed, Marvel Studios to produce movies like Iron Man, Ant-Man, Avengers series and many more prolific and blockbuster projects that did well across the globe.

Amid this, the news of Farhan collaborating with the Studios has surely left fans excited.

Meanwhile, on the work front, Farhan will be seen in Toofaan and the anticipation is ever rising for this power-packed, inspirational stir of a film and all his fans cannot wait to see him in the sporting spirit after Bhaag Milkha Bhaag.

The film will be having its global premiere on May 21, 2021, exclusively on Amazon Prime Video.