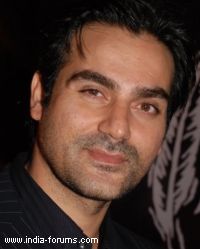 New Dehli, Sep 9 (IANS) From Arbaaz Khan and Arindam Chaudhuri to Anant Mahadevan and Aishwarya Narkar, they all said that receiving a National Film Award from President Pratiba Patil Friday was a 'fantastic moment'.

Dadasaheb Phalke award winner veteran Tamil filmmaker Balachander said it is never too late to get an award.

'I feel happy. I'm asked whether the award has come late, and I don't think it's ever late to get an award. Whenever it comes, it is an honour. I am inspired to do more films,' he said the director of hits like 'Ek Duuje Ke Liye' and 'Sindhu Bhairavi'.

'It feels great and it has been a fantastic journey,' Arbaaz told IANS when asked to describe the journey of his debut production 'Dabangg' from box office hits to popular awards to national awards.

Arindam Chaudhuri's production 'Do Dooni Chaar' won the best Hindi film award and he said: 'I feel lucky. Awards are an added incentive.'

'We have just bought the rights of a book called 'Lashkar'. It's a best seller and I hope the film will also be a best seller. Nothing has been finalised yet, we have just started scripting,' added the producer whose 'The Last Lear' and 'Faltu' had won national awards in different categories. 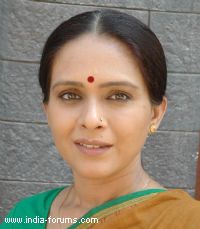 'Child labour and child education are an important issues. Government is making efforts to erase child labour but as a citizen of our country we should also do something. And that is the reason I decided to produce the film,' she told IANS.

Anant Mahadevan, who has completed 30 years in showbiz, said that it had been long and tough journey and finally he got national award for his film 'Mee Sindhutai Sapkal', a biopic on Sindhutai Sapkal, known as the mother of orphans.

'The degree of cinematic success I have received with 'Mee Sindhutai Sapkal' is great, but the greatest has yet to come. Now I am planning to make a film on Gaur Hari Dastan, a freedom fighter,' he said.