Mohanlal is to perform an act called 'Burning Illusion' ahead of a four-day international magicians meet beginning in the state capital Thiruvananthapuram May 1.

President of the Association of Malayalam Movie Artistes (AMMA) and veteran film actor Innocent told reporters that Mohanlal's well wishers, his family, friends and fellow artistes are worried about his safety.

'I spoke to him and he said if he withdraws now it would be considered as an act of cowardice. There is certainly an element of risk in this (act). As the president (of the association) and in my personal opinion he should withdraw. If not, we will take action against him,' said Innocent.

Mohanlal has been training for the stunt under the guidance of Gopinath Muthukad, the head of the Magic Academy here, for the last 18 months and says he is doing it to motivate the Kerala youth.

Meanwhile, Mohanlal Fans Association representatives also urged the actor not to perform the stunt as it could be risky.

The actor's decision to perform the stunt has also split the magician community here. A well- known magician Samrat was arrested Tuesday when he began a hunger strike to dissuade Mohanlal from performing. 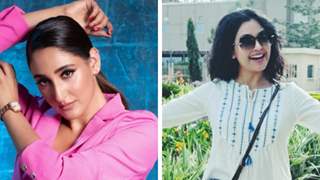