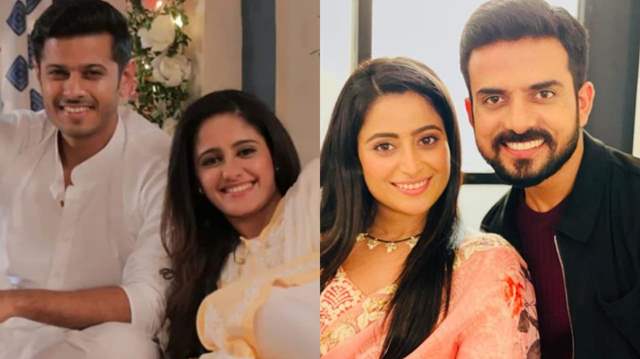 Star Plus show ‘Ghum Hai Kisikey Pyaar Meiin’ is set to take an interesting twist. In the previous episode, Sai convinced Samrat to return to Chavan house for his mother Mansi’s sake. Samrat agreed but told them that he wouldn’t shift back to that house and might return whenever he feels like.

At Chavan house, Pakhi reveals to Bhavani and other family members that Virat lied to everyone about the official trip. She reveals that Virat has planned a special wedding anniversary celebration for Sai and that’s the reason they went for the trip. Everyone is shocked and starts to think as to why would Virat do that. Ashwini asks Pakhi to prove the allegation that she is putting on Virat. Pakhi tells everyone that Shivani knew about the reality behind the trip. Shivani gets furious and asks Pakhi to not question Virat-Sai’s trip. She also states that it isn't wrong if a husband plans a surprise for wife.

The entire family discusses about the same and that’s when Virat, Sai, Mohit and Sunny enter. Karishma lashes out at Mohit for spending time and money on Sai and not on her. Bhavani questions Virat-Sai about the trip. Sai states that she wasn’t aware that the trip was not official or else she wouldn’t have gone with Virat. She states that she has a surprise which will leave everyone happy. Virat says the surprise might change Pakhi’s life.

Sai asks everyone to walk outside. She holds Mansi and Ashwini’s hand. Mansi sees Samrat and gets emotional. The entire family gets emotional and happy. Pakhi freezes. Furthermore, Samrat tells the family that on the wedding night he came to know that Patralekha didn’t want to get married to him. His brother Virat also didn’t reveal anything to him and hence he left the house. He further states that he wants to free Pakhi by giving her divorce.

+ 2
2 months ago iam totally disappointed with india forums , why are you showing this much favoritism ayesha is the main protagonist and aishwarya antagonist , you all tell us don't mix real and reel and you mix it up urself , upper seh aaj tak haven't seen ayesha ki solo segment on this portal video segment even neils also , but yogi atteh hi he got one , this shows the level of favoritism , for u guys aish is the protagonist and you guys makes sure waiseh hi lageh

+ 4
2 months ago And in all this IF busy making sure Aishwarya the second lead is tagged first and the man who is returning in not tagged at all! SLOW CLAPS IF!

+ 4
2 months ago Quoting someone here..This is not mine..Celebrating a wedding anniversary is a crime.People are allowed to write anonymous letters here.Kidnapping is a very normal thing.Giving unauthorized medicines and turning a person mentally imbalanced also allowed.Abusing and denying food is perfectly ok in this family.Separating a baby and her mother is also ok..Later giving a girl child to orphanage is also a great act..Throwing the daughter in law out of the house that too during night is ok.But anniversary celebrations and giving a surprise to one's own wife is not allowed... Thats the sanskaari Chavhaan Khaandan for you!!

2 months ago As this track revolves around yogendra's entry. Can IF pls tag him. Why they need to get reminded everytime

2 months ago Please tag Yogendra. Please do your homework on serials you write about.