View Profile
Despite their recent foray into television, Rajshri Productions will always lie synonymous with their classic love sagas which have been received with open arms by critics and romantics alike. As the production house gears up for the December release of its youth-orientated flick, Isi Life Mein...!, BollyCurry takes a look at some of the hits that have made the Rajshri banner such a memorable name. 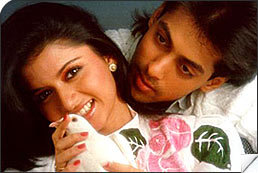 Undoubtedly the biggest hit in 1989 and one of the most fondly remembered movie of the 80's, teen romance flick Maine Pyar Kiya revolved around the problems faced by two lovers from different levels of society. It cemented the commercial success of Rajshri Productions, catapulted Salman to stardom and as a bonus, bagged six Filmfare awards! 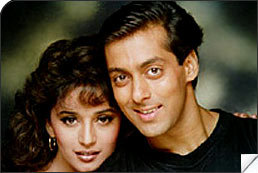 Following the success of its predecessor, Hum Aapke Hain Koun (remake of 1982's Nadiya Ke Paar) starred Salman and Madhuri in a 'wholesome entertainment' movie that proved its success by winning a National award and allowed movies-makers to breathe a sigh of relief as it drew in the then dwindling cinema audience.

With unrivaled music and more awards than we can count on both hands, no wonder directors such as Aditya Chopra and Karan Johar have cited this as their inspiration! 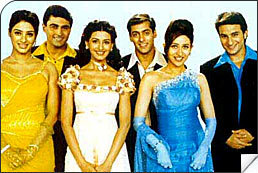 Whilst not as successful as Hum Aapke Hain Koun, the ensemble cast of Hum Saath Saath Hain continued to draw in audiences and helped round off a successful decade for the production house. Rajshri favorite Salman starred alongside Karishma Kapoor, Saif Ali Khan, Sonali Bendre, Neelam Kothari, Mohnish Behl and Tabu. 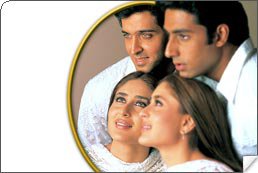 Released in 2003 as a remake of the 70's offering Chitchor, Main Prem Ki Diwani Hoon was launched as a famous play on the name 'Prem', which had been a dominating character in Rajshri productions so far. Unfortunately the movie failed to impress fans and even it's marginally successful music couldn't gloss over the disappointing acting! Thankfully this was followed up by... 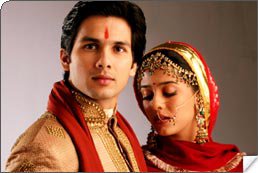 ...Vivah!  Director Sooraj R. Barjatya returned to his previous form with this story of two individuals and their budding romance during their engagement period. Whilst it received a mixture of reviews from critics, the movie went on to become a blockbuster and, according to Barjatya, was inspired by an article his father read in 1988!
Here's BollyCurry hoping that Rajshri Productions continues to entertain and inspire many movie-goers to come!
22 Likes