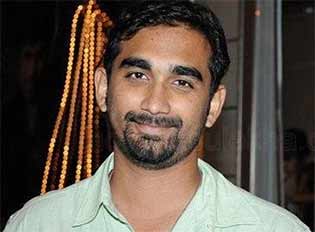 Kunal Deshmukh, who has cast Emraan Hashmi in almost all his directorials so far, has teamed up with the actor yet again for his new offering "Raja Natwarlal". The director says he shares a comfort level with Emraan.

Deshmukh says whenever he conceptualises an idea for a film, Emraan is the only actor whom he can think of to play the lead part. Further, he feels Emraan "makes my work better" and so, he hopes to take this partnership ahead in future as well.

"When I start conceptualising an idea, the first actor that comes to my mind is him (Emraan Hashmi). So, naturally I am going to him with all my scripts. I love working with him," Deshmukh said here Friday at the trailer launch of "Raja Natwarlal".

"My first film as an assistant director was 'Zeher', where he (Emraan) was the hero. I have known him since then. It has been more than ten years now. We have this comfort level. I think he makes my work better. I hope that we can take this partnership ahead," he added.