Pooja and Hanif go out in Nach this week! 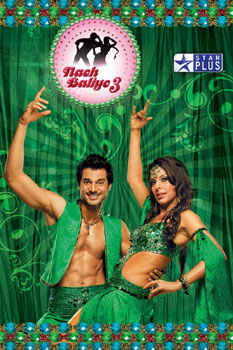 Featured Video
A jodi that failed to impress in the beginning, but slowly inched their way up with their subsequent performances have been shockingly voted out by the viewers in this week of Nach Baliye 3 (Star Plus). Pooja Bedi and Hanif Hilal are out of the dance-based reality show.

Last week, both celebrity guests Shahid Kapur and Kareena Kapoor, had complimented them on their moves. The results of their ouster even left the three judges –David Dhawan, Ishaa Koppikar and Vaibhavi Merchant shocked.

Pooja and Hanif were also least expecting to be eliminated when they were among the jodis in the danger zone. Pooja was heard telling friends that she hopes their jodi will be brought back in the wild card entry round. Both of them had been ousted in the very first week when they had participated as celebrity-choreographer couple in the first season of Jhalak Dikkhla Jaa (Sony).

The channel seems to be taking all criticism seriously, and have rested Tina from hosting the show on Saturday, and Hussain Kuwajerwala will be seen anchoring the show alone for the elimination episode.

14 years ago I don't think they should bring Juhi as the host! C'mon people...Juhi is not Hussain's wife!!
Tina can improve!! C'mon Tina you can!
As far as the eliminations, well...i think the junta took the right decision! Congo Junta!!
I liked the whole concept of their dance yesterday but there was more of concept than dance!

14 years ago thanks.yeah i do think they were not good

stutss 14 years ago thank god ..they voted out.....and i think hussain is good host...he alone can handle everyhting...no need of any other host......

+ 4
14 years ago tiny aint a good hos we can all se ethat ...tehy shud bring juhi she was awesome in antakshari!