Movie: 'Ek: The Power Of One'
Cast: Nana Patekar, Bobby Deol, Shriya Saran, Khulbushan Kharbanda, Chunky Pandey, Jackie Shorff, Sachin Khedekar, Priti Bhutani, Raghuvir Yadav, Pradeep Kharab and Zarina Wahab
Director: Sangeeth Sivan
Producer: K Sera Sera & Dharam Productions
'Ek ' the Power of One' traverses through the life of Nandu (Bobby Deol ), an orphan who turns into an assassin and is accused of killing a politician. Due to this accusation, Nandu is on the run. He boards a train and meets Shekhar, who is returning home after more than a decade. In the train, the police get a hold of Nandu and aim to kill him but the bullet hits Shekhar instead. And this is where the story starts as Nandu makes his way to Shekhar's house in Punjab to let his family know about Shekhar's unfortunate death. Mistaking him as Shekhar, Preet (Shriya Saran) falls in love with Nandu. Meanwhile, CBI Inspector Rane (Nana Patekar) is given the responsibility of finding Nandu and killing him.
Bobby Deol plays his part effectively and his stunts are praiseworthy. However, Nana Patekar stole the show with his amazing acting as a flirtatious cop and his corny one-liners.
On the flip side, the other characters who had a lot of potential were not exploited completely and the characterisation was not justified.
Ek, the remake of Telegu movie Athadu, is a typical Bollywood crime movie which includes political conspiracy, an orphan turned murderer, and romance. However even with all these components, Ek fails to recreate that 'Masala Bollywood' magic. There were some loose ends that left the movie hanging and it was predictable at times.  In the end, 'Ek-the Power of One' is not that bad and is probably worth watching 'Ek' bari!
BollyCurry Rating: 2/5 Chillies
Featured Video 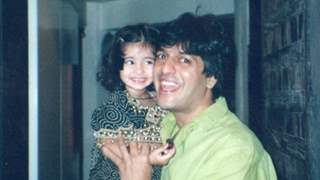 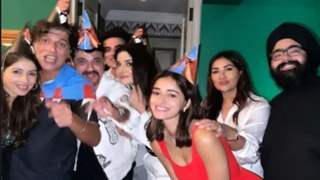