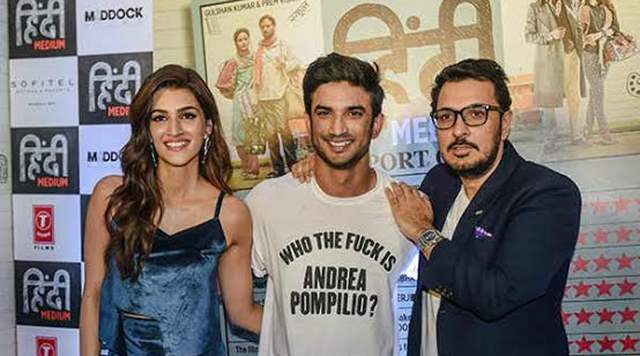 The Sushant Singh Rajput saga continues to be a massive question mark even right now where the fans of the late actor continue to wonder about the status of the investigation of the case.

Ever since multiple authorities have been involved in the mix of things, not much has been known about the status even then. As per latest report, ED has been looking into the money laundering angle in Sushant’s death case, it is reported that the agency has found a suspicious payment of worth Rs 17 crores allegedly made to the late actor. According to the media reports, this suspicious ‘missing’ payment was made by producer Dinesh Vijan for his 2017 released Raabta starring Rajput and Kriti Sanon in the lead.

As per a report published in India Today, Dinesh Vijan, who was interrogated in the case last month, was supposed to submit the documents detailing the payment made to Sushant for Raabta. While the producer had submitted some of the documents, he missed out on sharing the details of overseas shoot budget. The report also claimed that ED had searched Vijan’s residence for the same in October. During this search, the officials got their hands on documents related to the budget and expenditure of Raabta submitted to authorities at Budapest in Hungary. Reportedly, the budget of the film was around Rs 50 crore and the document stated that Rs 17 crores were paid to Rajput.

The media reports also suggested that while this payment is suspicious, Dinesh has been questioned about the same and he has failed to provide information about how the payment was made to the late actor and where did the money go.