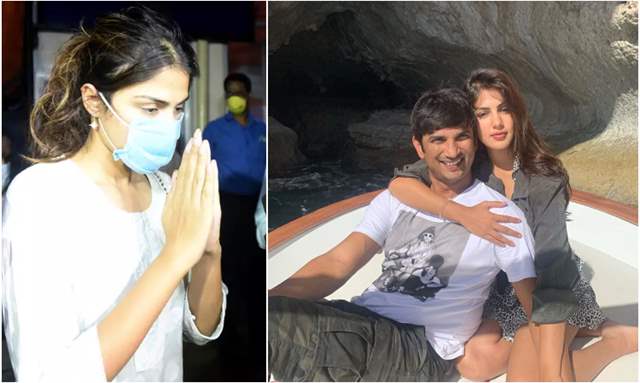 Supreme Court on Tuesday announced its verdict for the petition filed by Rhea Chakraborty in response to the FIR lodged against her. Weeks after Sushant’s father KK Singh lodged a complaint against his girlfriend Rhea and five other people for abetment of suicide at Rajiv Nagar Police Thana in Patna. Later, SC reserved the judgment until the next hearing which was conducted on Thursday, August 13.

Now, a Mumbai Mirror report has confirmed that the alleged sum of Rs 15 crore was in fact withdrawn from one of Sushant Singh Rajput’s bank accounts. Although the central financial agency is yet to find a direct transaction to actress Rhea Chakraborty, one of the six accused in KK Singh’s FIR.

Currently, the authorities are still investigating Sushant’s demise and ED continues to investigate the financial irregularities in the late actor’s account. Meanwhile, the report also maintained that the Mumbai Police carrying on their probe and the CBI also expected to formally step in and take over the matter.

Furthermore, the report also mentioned that the ED, although confirming that the amount mentioned in their FIR is missing, are still trying to map withdrawals to find out where the amount was spent and its purpose. It also alleged that the team is also hoping to find out if anyone besides the actor was using his debit cards and net banking facility and had access to his PINs.

The Mumbai Mirror report also quoted, “As per the findings so far, no money was sent to her from the account from which Rs 15 crore was withdrawn."

Meanwhile, another Times of India report quoted Lawyer Satish Maneshinde, representing Rhea in the matter rebutted all allegations against the actress and pointed out that she has been probed by two investigative agencies so far and that there has been “nothing against her”.