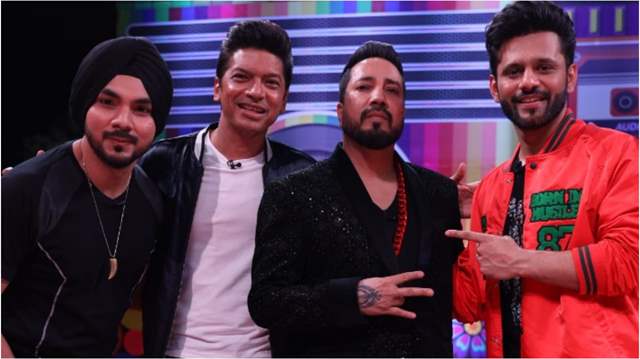 The much-awaited Star Bharat show 'Swayamvar - Mika Di Vohti' is being enjoyed by the audience and everyone is eagerly waiting to see who Mika selects as his Vohti. While Mika is trying his best to understand every contestant on the show, he has been joined by many big celebrities on the show so far to help him and give tips related to marriage. Singer Rahul Vaidya and Mika's nephew Gurdeep Mehndi will be seen in tonight’s episode revealing many secrets related to Mika in front of the audience.

On coming on the show Singer Rahul Vaidya said, “Mika is like my brother and he is selecting our Bhabhi, for whom we all have been eagerly waiting so I had to be here. I want to be a part of his journey though I was not invited on the show, I am here on my own”.

Mika's nephew Gurdeep Mehndi, who arrived on the set of the show says, "I have been hearing the same line at home for the last 20 years that I will do this, but it does not happen, I hope this time they will live up to our expectations"

Singer Rahul Vaidya is a well-known playback singer of India, he has given many songs to the Bollywood industry. On the other hand, Gurdeep Mehndi is also a singer by profession who has recently sung his new song Latino. Let us tell you that Gurdeep is the son of Bollywood's famous singer Daler Mehndi and nephew of Mika Singh.

+ 8
4 months ago rahul vaidya and farah khan coming to legitimize the show. what a joke

+ 11
4 months ago When will this reality show end lol?

+ 15
4 months ago how can this show be taken seriously