On the first two days of October this year will have two films clashing it out for their fate on Box-office. The long awaited Drona, releasing on 2nd Oct, which is directed by Goldie Behl (Yep, 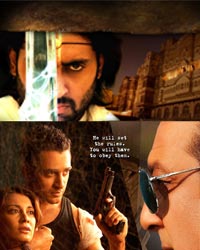 Featured Video
he who gave us the seminally boring Bas Itna Sa Khwab Hae!) is a socio-fantasy-mythological film. Giving DRONA a very tough competition would be Kidnap, releasing on 1st Oct, directed by Sanjay Gadhvi (Tasted success earlier in both the Dhooms).

DRONA is the second Directorial venture for Goldie Behl after Bas Itna Sa Khwab Hai which was a box-office dud. The budget of DRONA is much higher and the star-cast is also stronger then his last film. The film will show the solo star power of Abhishek since no big name is attached to this film apart from him and Priyanka. No Big Director like Mani-Ratnam or Big Producer like Yashraj so a lot will depend on him.

KIDNAP has been another ‘much-awaited’ movie and all the hype is surrounding Imran Khan’s negative role. Fresh out of the success of Jaane Tu... Imran Khan is riding high on the success wave and at present provides more attraction than Abhishek. Sanjay has also done nothing apart from the Dhoom series. So this can also be considered as his second attempt. Though Dhoom was produced by Yashraj and hence Aditya had an influence in those films. Still, Kidnap is produced by Ashtavinayak which is also a good production house so production quality won’t suffer.

My first choice is definitely KIDNAP. What yours??? 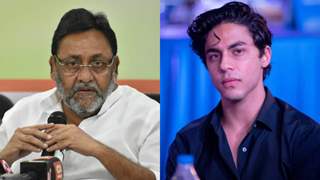