View Profile
Kalki Koechlin, who has worked in her husband Anurag Kashyap's 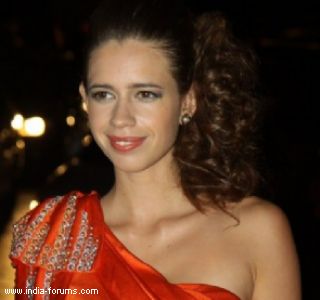 directorial ventures, is not part of "Gangs Of Wasseypur" because, she says, she doesn't fit into village belle's character.

Asked why she wasn't a part of the cast of Jharkhand-based "Gangs Of Wasseypur", Kalki said: "I don't look like a Bihari gaon ki ladki (a village girl from Bihar) from any angle. So that's simply why."

She worked in Kashyap's directorial venture "Dev D" and "That Girl in Yellow Boots".

But at the same time, Kalki feels she is a spoilt actress, given the gamut of directors she gets to work with.

"I am very comfortable working with Dibakar Banerjee, Zoya Akhtar, Ayan (Mukerji) and Kannan (Iyer) sir. I am actually very spoilt. I get to work with all my favourite directors," Kalki said at an event here Monday.

The actress, who recently returned from the 65th Cannes International Film Festival, where her husband's two-part series "Gangs Of Wasseypur" was showcased, was here for a press conference for the forthcoming film "Shanghai".