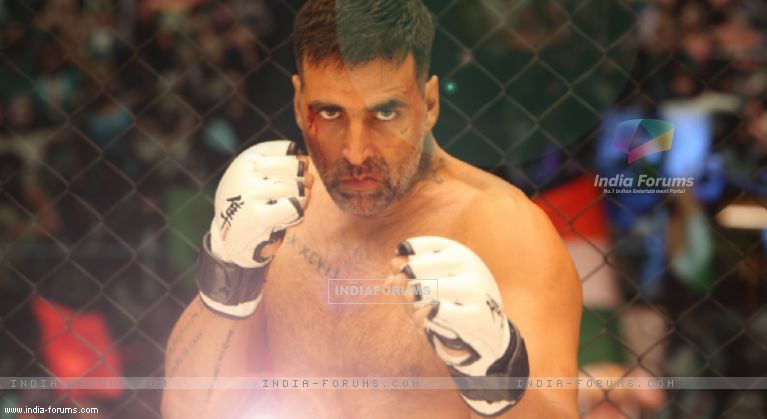 Hindi cinema's very own action star Akshay Kumar, a trained martial arts expert, finds it unfair when people compare fight sequences in Hollywood films with those in Bollywood. He says budget constraints are the differentiating factor.

Akshay is geared up for his new film "Brothers", in which he promises to show off some novelty in action -- considering he and actor Sidharth Malhotra dedicated 52 days to shooting the climax alone.

Talking about "Brothers", Akshay shared that they invested a lot of practice for the fight sequences for the movie.

"Martial arts is not something that you can do just because you know it... you have to practice it, and rehearse and make it better. One has to also keep in mind what different can you give to them," he said at a press conference here.

Asked about comparison between the nature of action in Hollywood versus Bollywood, the "BABY" actor shared: "These days Hollywood films come in, and somewhere you are competing with them and surely the audience does feel that we have seen the action there too, but they also forget the fact that our Hindi cinema is made in a very tight budget unlike Hollywood.

"We are doing very well as a matter of fact, especially seeing how much money is put in and pumped in to our films."

"Brothers" is an action-drama film, based on mixed martial arts. It is directed by Karan Malhotra and produced by Dharma Productions, Lionsgate films and Endemol India.

Releasing on Friday, the film is an official remake of the 2011 Hollywood film "Warrior". It also features actors Shefali Shah and Jackie Shroff in supporting roles.

+ 4
5 years ago Agree with Akki completely.. but these days viewers criticize a lot..