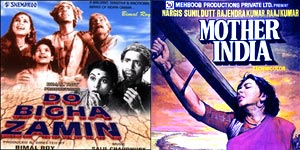 After getting together a big cast of talented actors as well as new comers for their recently launched show Basera, NDTV Imagine is now working on a concept which will be a mix of  the yester year classic films, 'Mother India' and 'Do Bigha Zameen'.

According to our source, "The show will depict the real rural India, and will deal with the hand-to-mouth living of the villagers. The search is presently on to get the right mix of actors for the show. This will be the channel's next big launch as far as fiction is concerned. The first schedule of shoot will be happening in Kutch".

"If all goes well, the show might be launched sometime in October", adds our source.

We sent a text message to Shailja Kejriwal, EVP – Content, NDTV Imagine, but received no response.

If the buzz is to be believed, Shakuntalam Telefilms will be producing the show. "Talks are on with the production house, but nothing is confirmed at the moment", states our source.

We sent a test message to Shyamashis Bhattacharya, of Shakuntalam Telefilms, but he rubbished the news of producing such a show for Imagine.

+ 2
13 years ago I have seen the original movie Do Bigha Zameen by Bimal Roy starring Balraj Sahni and Nirupa Roy and wondering who can match up with their standards.

+ 8
13 years ago why is everyone coming up with village concepts now??? they are just showing the same concept over and over again.

+ 5
13 years ago I must say Imagine's are also gearing up to give competition to other GEC's and I wish them all the best,

Shakuntalam ??, I don't know one of her show, Which Naa Aana Is Desh Ladoo which is like No.1 for Colors ATM but sometime there shows are on the bottom of the chart.

Anywaii, Looking forward to the show !
Hopefully, It lives up to it's expectation !

+ 3
14 years ago I know which country Govinda refused to shoot in. Happens to be the country where I live, Philippines. I read this in the Filmfare magazine, he declined this country because he thought that criminals freely roam around the streets here.
I just need to LMAO at that lol.

14 years ago no way...Govinda? Like this? I could've never imagined

14 years ago didn't expect that from govinda!
poor suniel!

14 years ago Never liked this guy :( Suniel Shetty is a pretty decent actor.As for Govinda...never mind...