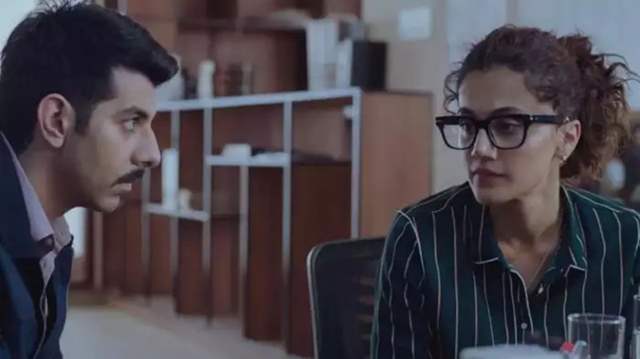 Taapsee Pannu was recently in the headlines as her film Shabaash Mithu released in theatres. While the film didn't do well at the box office, Taapsee was hailed for her performance and portrayal of Indian cricketing legend, Mithali Raj.

Now Pannu is all set for yet another theatrical release, 'Do Baaraa'. The film is touted to be a new-age thriller and is helmed by Anurag Kashyap. Taking to her social media handle, Pannu shared a video and announced the release date of the film.

Sharing the video Taapsee wrote, "Sometimes all you need is a second chance…. Because time wasn’t ready for the first one….See how the world spins with the thrill on August 19th".

Ekta Kapoor's Do Baaraa is a new-age thriller that brings together Taapsee Pannu with the best director, actor, and a stellar team of makers. Her video highlights the same that how she is reuniting with all of them for yet another project. The film comes after Ekta Kapoor's 'Manmarziyaan' with Taapsee Pannu and Anurag Kashyap's team. At the same time, Taapsee Pannu and Sunir Khetarpal come together after 'Badla'. Pannu and Pavail Gulati have reunited on this one after 'Thappad'.

The Taapsee Pannu starrer is all set to entertain the audience in cinema halls after several more film festivals including London Film Festival and Fantasia Film Festival 2022. It will also be showcased at the Indian Film Festival of Melbourne before its theatrical release.

'Do Baaraa' is the first film under the new wing of Balaji Motion Pictures, Cult Movies. The film will hit the theaters on 19 August 2022.