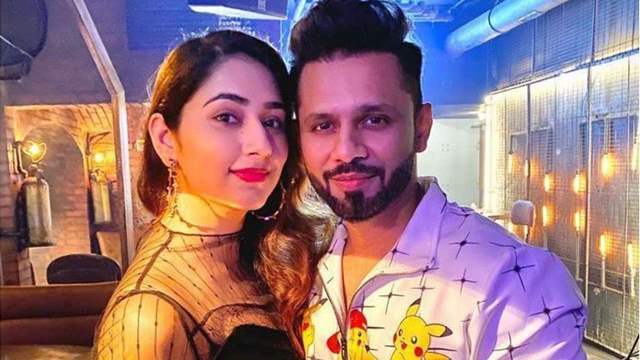 Bigg Boss 14 contestant Rahul Vaidya decided to propose ladylove Disha Parmar on national television and not only does he have everyone in complete awe of him, fans too, have been gushing over the duo. There have been rumours about the duo dating earlier as well, however, they both maintained that they are just friends and they only hang out together.

Now, soon after the proposal, there have been reports that the two have already been engaged before the show and that this might just be a stint on the show. However, Disha, whose answer we still await, took to social media to reply to a user pointing out the same that one should not spread fake news and that is all she has to say.

Meanwhile, there is also a video that has been doing the rounds on social media where we see Disha enjoying her cake while her friends ask her about the proposal. Though they seem to be teasing her to get an answer from her, we see how she is blushing and turns pink when the topic is brought. Now all that there is to see is what will her answer be and if or not we will see her enter the show as well?

What do you think? Drop your comments below!