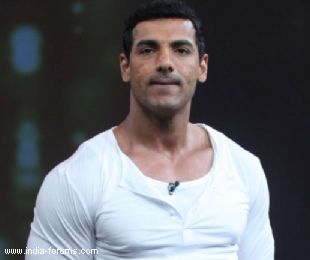 Actor John Abraham, whose first production "Vicky Donor" is receiving a positive feedback from all quarters, is now planning to try his hand at direction.

"If god wishes, I'll turn director three years down the line. That is my final destination and I will definitely do it," the 39-year-old said.

John, who cast Ayushmann Khurrana and Yami Gautam in "Vicky Donor", already has his further plans as a producer in place.

"I am doing a dark comedy under my production with Kunal Roy Kapoor. It will be directed by Aditya Bhattacharya, who had made 'Raakh' (1989) with Aamir Khan. Kunal plays the lead in the film and I would be there as a supporting actor," said John.

"Then there is 'Jaafna' with Shoojit Sircar, and then we will make another film with Ayushmann called 'Hamara Bajaj'. It's a beautiful film," he added.

On the acting front, the handsome hunk is busy shooting for "I, Me aur Main", which also features Chitrangada Singh and Prachi Desai.

But John's most awaited project this year is "Shootout At Wadala", where he plays gangster Manya Surve.