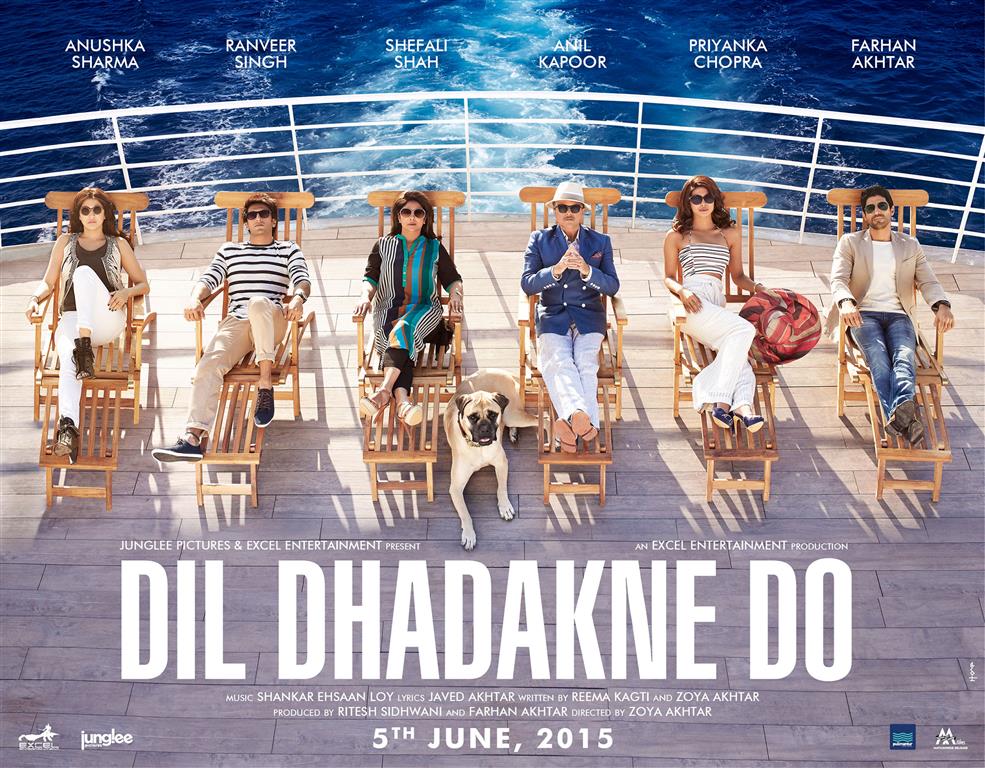 The poster of the much anticipated film, Zoya Akhtar's Dil Dhadakne Do is out.

Touted to be one of the most awaited films of 2015, the film features an ensemble cast including Ranveer Singh, Priyanka Chopra, Farhan Akhtar, Anushka Sharma, Anil Kapoor and Shefali Shah.

The poster features the cast sitting on the sunny deck of the ship with a dog in the centre.

The film marks Zoya Akhtar's return after Zindagi Na Milegi Dobara, this time with a Punjabi family on a cruise trip across the Mediterranean.

The cast and crew were in a long shooting schedule on the cruise on the Mediterranean sea travelling across Tunasia, Turkey, France, Spain and Italy.