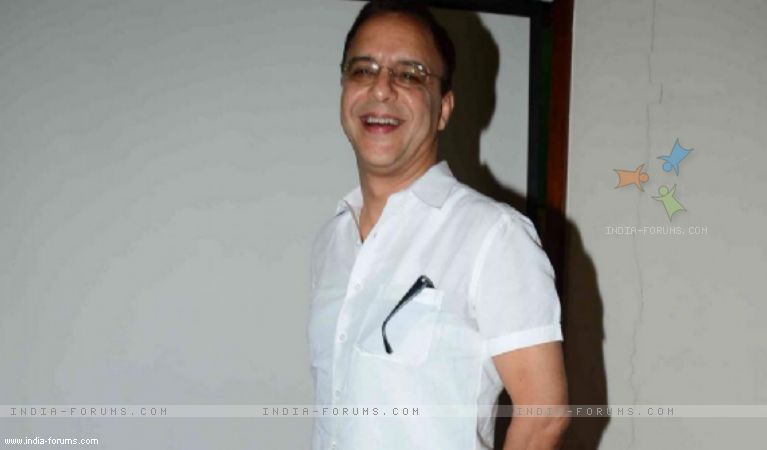 Filmmaker Vidhu Vinod Chopra, who has turned lyricist for the first time for a song in "Wazir", says he never thought what he'd write would become "final".

He has penned the words for "Tere Bin", a low tempo romantic track sung by Sonu Nigam and Shreya Ghoshal, with music by Shantanu Moitra.

"I never thought the lyrics will be the final lyrics. If you notice, it's very interesting in the 'antara'... it's the same... the way that I turned it... Because I thought later something would be made (of it)," Chopra, who has co-produced "Wazir" with Rajkumar Hirani, said here.

The 63-year-old filmmaker, who has helmed movies like "Broken Horses","Mission Kashmir" and "1942: A Love Story", added that he never had thought of writing a song.

"I didn't think that I'll write a song...Shantanu (Moitra) was there, and he was composing, so I just started filling in the words. We thought it will get written afterwards. But everyone loved it and nobody wanted to re-write it," Chopra said.

The song is picturised on the lead pair actors Farhan Akhtar and Aditi Rao Hydari.

As for his plans post "Wazir", Chopra said: "I never plan. I want to do a 'Munna Bhai', clearly we are writing 'Munna Bhai'... (But) There is a film called 'Marco' that I have finished writing. My sister would be directing that."

Directed by Bejoy Nambiar, "Wazir", which is also stars actors Neil Notin Mukesh and John Abraham in pivotal roles, is releasing on Friday.