View Profile
Rajnikant starrer Kuselan is all set to release world over on August 15th. Looking at the unexpectedly crazy response Rajni's last film Sivaji got at the box office all over India even from non-Tamil speaking audience, the makers of Kuselan had decided upon releasing Kuselan in its Hindi dubbed version simultaneously too. But now it seems like the Badshah is afraid of the Emperor! 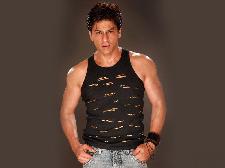 Both Kuselan and Shah Rukh Khan produced and starring Billoo Barber directed by Priyadarshan are remakes of Malayalam hit film, Katha Parayumbol which had Mammootty in the lead. The story lines of both are exactly the same to that of the original. Both the Hindi and Tamil remakes feature a song where in the lead stars (Ranji and SRK) appear in 20 various looks. If Kuselan releases in Hindi first, there will be no novelty left for Billoo Barber at all amongst the audiences.

A source tells us, "While SRK was confident that he would be able to wrap up his film before Rajnikant's Tamil version he was in for a not so pleasant surprise when he came to know that the Rajni film is not only over but is due for a release in August and that too with its Hindi dubbed version. SRK had already planned a grand Diwali release for his film. But now with the Rajni film coming up much before Diwali he was in for a shock. He then used all his good relations with Rajni (they had met last in Delhi for a news channel's award show) and called him up requesting him to postpone the release of his Hindi version. Rajni obliged and now the film shall only release in Tamil and Telugu all over the world. The Hindi dubbed version will definately release too but post Diwali."

Rajni's Sivaji (2007) is being dubbed in Hindi and is all set for a September end release. The makers of Sivaji have even shot a song with Rajni where he will imitate Bollywood legendary yesteryears heroes.