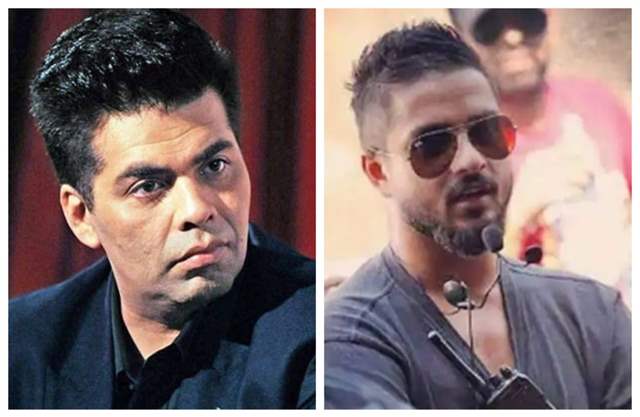 As per the latest reports, the Narcotics Control Bureau has arrested Kshitij Ravi Prasad, an employee of Karan Johar's Dharma Productions after hours of interrogation. According to Times Now, Kshitij was evasive during his questioning and his answers were allegedly unsatisfactory. He was also asked about the video of Karan Johar's 2019 party at his residence.

The NCB had conducted raids at his Versova residence and reports mentioned that the agency officers have seized marijuana. The official seized the drugs and later detained him.

The NCB had summoned actress Rakulpreet Singh on Friday, September 26 2020. During the questioning, Rakul named Kshitij and claimed that he procured drugs regularly.Rakul also claimed that Kshitij supplied drugs to celebrities and gave them to 4 top actors.

Apart from that, another employee Anubhav Chopra, who was associated with Dharma Production’s as Assistant Director was also questioned by the NCB.

Meanwhile, Karan Johar issued a statement wherein he clarified that he does not know Kshitij Prasad and Anubhav Chopra personally, and cannot be held responsible for their actions.

"I would like to further state that several media / news channels have been airing news reports that Kshitij Prasad and Anubhav Chopra are my "sides"/ "close aides”. I would like to place on record that I do not know these individuals personally and neither of these two individuals are "aides" or "close aides”. NEITHER I, NOR DHARMA PRODUCTIONS CAN BE MADE RESPONSIBLE FOR WHAT PEOPLE DO IN THEIR PERSONAL LIVES. THESE ALLEGATIONS DO NOT PERTAIN TO DHARMA PRODUCTIONS.

I wish to further state that Mr. Anubhav Chopra is not an employee at Dharma Productions. He was briefly associated with us for only two months in the capacity of 2nd assistant director for a film, between November 2011 and January 2012 and as assistant director for the short film in January 2013. He has thereafter never been associated with Dharma Productions for any other project.

Mr. Kshitij Ravi Prasad joined Dharmatic Entertainment (sister concern of Dharma Productions) in November 2019 as one of the executive producers on contract basis for a project which eventually did not materialise" read an excerpt from the statement.

Meanwhile, Deepika Padukone has arrived  at the NCB guesthouse  for questioning regrading her 2017 chats allegedly discussing drugs. Actors Sara Ali Khan and Shraddha Kapoor are expected to appear before the agency soon.