Zee’s show Parivaar – Kartavya Ki Pariksha witnessed a high last week with the entry of the bad man Swapnil, played by Faizal Raza Khan just when the protagonists Radha and Shlok were about to get married. But now, the spotlight is on Deepti Devi who plays the role of Radha and if rumors are to be believed, the production house and the channel seem to be unhappy with the actress and contemplate going for a replacement if things do not work out well. 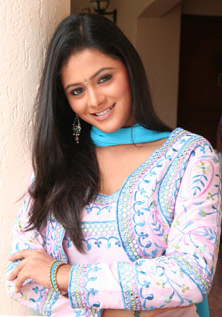 Our well-placed source informs us that “Deepti has signed a contract that she will give fifteen hours to the serial everyday, but she hardly devotes twelve hours per day which is inclusive of her make-up time. Since the episodes are shot cut-to-cut, the unavailability of the protagonist makes things more complicated”.

However, when inquired about this, Deepti Devi says, “Well, I had issues with the team and hardly got time to sit and talk things out. But now I have managed to set things right and as a lead, I understand my responsibility and I am managing my shoot quite well”. Elaborating more on the problem regarding the timings, the actress states, “I work everyday for nearly thirteen hours. The problem occurs when I have to shuffle between my day and night schedules due to which I do not get sufficient sleep. This team is like my family and I guess such things do happen. We just need to move on with it”.

Hope things are crystal-clear between Deepti and the production team and this big Parivaar remains united for long!!

Balraj Syal on turning singer due to his wife Deepti Tuli

well it good that her father Anu not parading her as his daughter as he want her to get her own identity which is good..

12 years ago Oh no... I hope things really are sorted out. I can't bear to see her replaced! She is the life and soul of Parivaar!

12 years ago 15 hours!
woah...i work 8 hours...and im like arrrghhh when is lunch
lolz
awww deepti looks sooo pretty in that picture...
we love u deepti...keep up the great work

But she's so cute

+ 5
12 years ago Aaiiiiiii; hope they don't replace go ahead and Deepti.

12 years ago Thanks for the article. Happy that Atleast, the air between the production team and Deepti is clear.

12 years ago hi deepti you are so sweet.i like you.i think you will manage your time properly.so best of luck.and you must follow your production advise.so take care-----bye