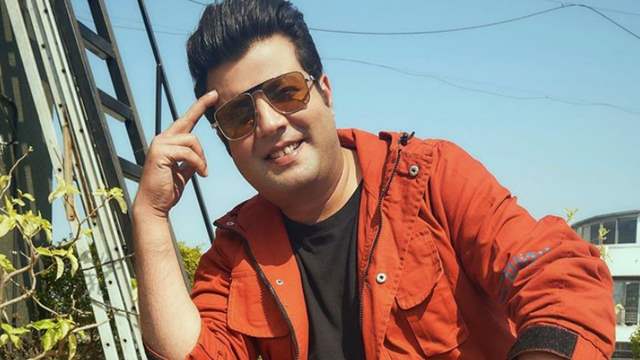 Varun Sharma’s impeccable comic timing is widely known. The actor, who has garnered immense love with films like Fukrey and Chhichhore, among others, has now added a new feather to his hat. His new film, Roohi, which released recently is winning him raving reviews. The actor has clearly taken his comedy game several notches higher with the film.

Varun plays a groom in the horror-comedy who falls in love with his ghost bride, played by Janhvi Kapoor, who wreaks havoc. The film sees Varun in his element and his fans on social media cannot stop gushing about how he has left them in splits. Known for tickling our funny bones, the talented performer has successfully carried on his streak as his one-liners have garnered ample claps and whistles from the audience in the theatres.

Talking about the love that he has been receiving, Varun says, “I am deeply overwhelmed by all the love and congratulatory messages that are my coming my way. This is my biggest reward. Roohi was a film that I thoroughly enjoyed doing. Even the workshops were so much fun and enriching. As ac actor, you keep looking for opportunities that help you grow and unravel things about yourself. Roohi did that for me. I’m going to treasure my experiences of working on the film.”

What has further captured the attention of the audience is his North Indian lingo, his mannerisms, body language and his red hair which adds to the quirkiness of his character. And we have learnt that he had to undergo intense workshops to get under the skin of his character to make it believable. It would not be wrong to state that Roohi, which became the first big-ticket film to hit the theatres after the lockdown, has emerged as another game-changer for the actor.

Varun has also aced an emotional scene which reveals a new side to him, something that the audience has not seen him doing in the past. Needless to say, Roohi stands as a testament to his prowess and versatility.