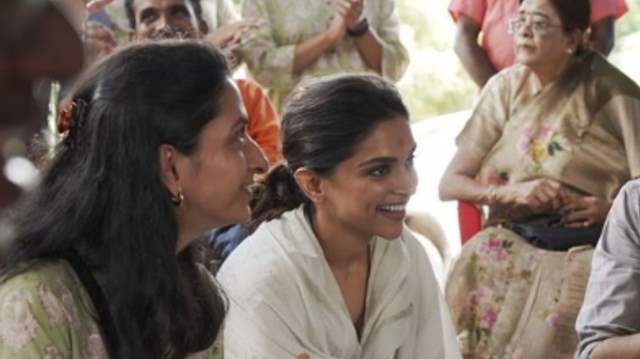 Deepika Padukone has been one of the actresses, who have been quite outspoken about mental health as a subject and have been trying her best to spread awarness about the same. She also opened an NGO named The Love Love Laugh Foundation wherein they help people fight mental health issues and other social issues.

Deepika took to her social media handle and offered fans and followers a glimpse at her rural visit. In the pictures we could see her being welcomed by the people of a village, while showering her with flower petals. In other pictures, Padukone captured the smiles of those living in the village and shared them on her story.

She also posted a video with a voiceover, "its been 5 years since our first rural visit we met someone today where in the last 6 months their life has changed when you hear these stories first hand is when you feel like absolutely everything that we are doing and of-course with the support of our donors, it all comes together and gives it all meaning and purpose." 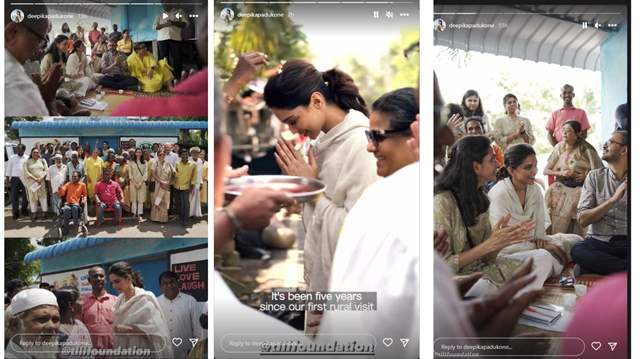 Deepika have been actively running this NGO and often mentions about it during her interviews and fan interactions. She feels strongly about mental health awareness, especially after being affected by it herself.

Talking about her professional commitments, she is all set to once again star with Shah Rukh Khan in the film 'Pathaan'. The film also features John Abraham in a key role. Apart from this Deepika will also be seen in 'Fighter' alongside Hrithik Roshan and Anil Kaaoor. She also has 'Project K' with Prabhas in the works.