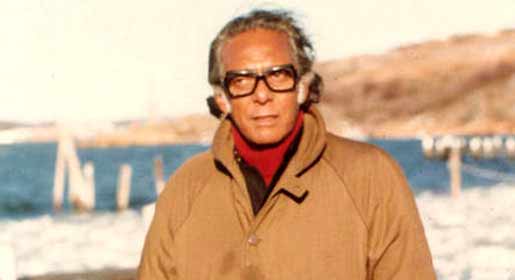 As part of its tribute to India's living legends, Doordarshan has made a documentary on legendary film maker Mrinal Sen, the DVD of which was handed to the nonagenarian movie maker here on Wednesday.

Titled "Celebrating Mrinal Sen", the four-episode documentary is primarily based on conversations between the maestro and renowned film critic and analyst Sameek Bandyopadhyay.

Prasar Bharati chief executive officer Jawhar Sircar handed over the DVD to Sen and his wife Gita at their south Kolkata residence, an official release said.

The documentary includes excerpts from Sen's brilliant and memorable films and comments from his actors and crew members, who worked with him in his projects.

The last episode is a free-flowing conversation between Sen's only son Kunal, and his parents.

Almost all the living actors, who have been associated with this iconic director, have talked about Sen, the man and their personal experiences of working and interacting with him, the release said.

The prestigious project was assigned to Ananya Banerjee, a senior programme officer of the Doordarshan Directorate in New Delhi, who produced the mini-series on the basis of a series of conversations with Sen in early 2013.

The project was given its final shape with several inputs during post-production spread over one and a half years.

The mini-series will be telecast across various channels of Doordarshan like DD National, DD Bangla, DD Bharati and others, with suitable dubbing and sub-titling in different languages from English.