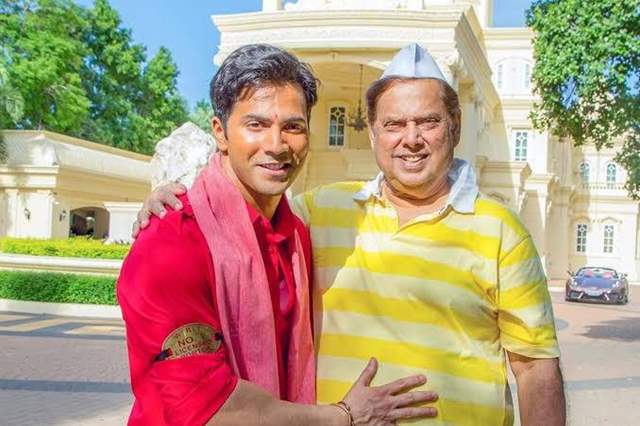 David Dhawan's 45th film, Coolie No. 1 is all set to release on December 25 on Amazon Prime Video. This direct to OTT release film is a remake of the movie of the same name which was also helmed by David himself. So far, movie's three song tracks have been released and all of them have set the people grooving.

After the great reaction to 'Teri Bhabhi', 'Husn hai Suhaana' and 'Mummy Kasam', David was asked about how different it was working with artists like Dj Chetas and Tanishq Bachhi. He said,

There was a difference definitely because, of course they are very good music director but these guys are very occupied. Today music is made in the house and earlier times, we used to sit and make music. Anand Sameer and me, we sat for how many days to make that music and there was a lot of discussion and then we use to go to theaters. So one of the difference but definitely both sides have its good or bad parts.

Coolie No.1 sees Varun pairing up with Sara Ali Khan for the first time. The trailer of the movie recreates quite a few iconic scenes and also brings to screen the sizzling chemistry that Varun and Sara share. The movie is set to light up Christmas while its song track takes care of New Year Eve's playlist. The film also stars Paresh Rawal, Rajpal Yadav, Javed Jaffrey and Johnny Lever.