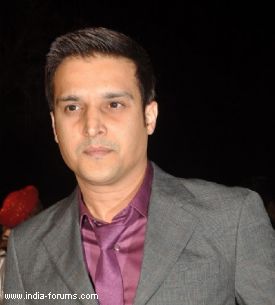 Actor Jimmy Sheirgill, who plays a mall security head in "Darr@The Mall", says shooting for it took a toll on the team's health, but he is sure that the movie will make its mark as a "one of the best horror films made in Bollywood".

"This was one of the toughest films to shoot for me as it was mostly shot at nights and it took a major toll on our health," Jimmy said in a statement.

"Not only this, the location of the shoot was actually eerie, which added to the bunch of challenges that we had to face while shooting for 'Darr@The Mall'," he added.

The film, produced by MSM Motion Pictures in association with Contiloe Entertainment, is directed by Pavan Kripalani. Releasing Feb 21, the movie revolves around horror in a mall.

"However, I believe that all the hard work that has been put in has been honestly reflected in the film and we all are quite eager to know the public reaction to this film, which can be easily described as one of the best horror films made in Bollywood," said Jimmy.

The popular trio Shankar-Ehsaan-Loy has given the music for the film, while Ganesh Hedge has choreographed the dance number.

Kripalani, who had earlier directed "Ragini MMS", said: "Ever since I was a kid, I have been a fan of the horror genre and as a director. It has always been my ambition to make classy horror films.

"After 'Ragini MMS', I felt that there is more to explore as far as horror films are concerned and 'Darr@ The Mall' is my honest attempt to make a horror flick in the vein of classic Hollywood scare fares like 'The Exorcist' and 'The Shining', which I have grown up watching."