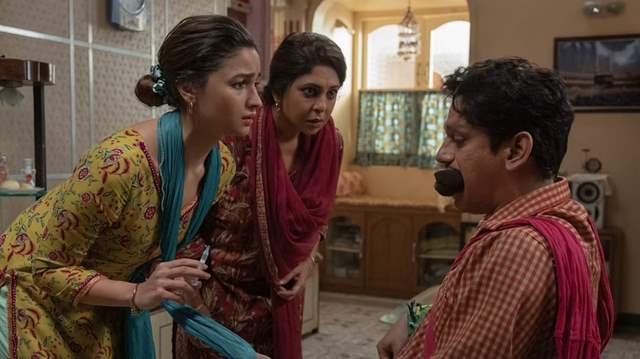 Darlings starring Alia Bhatt, Vijay Varma and Shefali Shah in pivotal roles was released on Netflix a few days ago and has garnering rave reviews from the audiences. The viewers loved the concept of the film and how all the actors delivered their best performances.

This was also Alia Bhatt's first project as a producer and she surely nailed that bit too. Today, actor Vijay Varma took to his social media handle and shared a fun video giving out the bloopers from the movie's filming.

He shared a montage of the video which seemed to be super hilarious as Alia, Shefali and him broke down into laughter while enacting specific scenes of the film. In one of the frames, we can see the director coming and saying, "That's what you need in your BTS".

The movie had the highest opening weekend viewing figures of any non-English original Indian film worldwide with over 10 million watch hours. Prashant Pillai composed and created the film's music, and Vishal Bhardwaj and Mellow D wrote the soundtrack with lyrics by Gulzar and the latter.

In the film Alia plays a victim to domestic abuse by his husband who is played by Vijay Varma. The story revolves around how Alia Bhatt and her mother who is played by Shefali Shah deals with the situation and tries to make Vijay taste his own medicine.

Talking about her upcoming projects, Alia is currently busy promoting her film Brahmastra which will hit the theatres on 9th September. This will be the first time she will share share screen space with Ranbir. She will also be a part of Karan Johar's directorial Rocky Aur Rani Ki Prem Kahani. 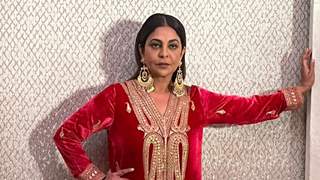