As it's yet another week in the glamorous world of Bollywood, caught under the scanners are the Ram and Leela of the film fraternity. Yes! Ladies and Gentlemen this new feature is about the recently speculated couple, Deepika Padukone and Ranveer Singh. Their sizzling chemistry on and off screen keeps adding fire to the stories of them seeing each other. 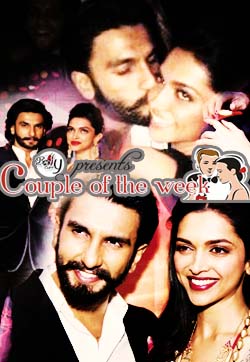 Though they haven't revealed their true relationship to the world, the rumors and speculations of them dating just refuse to die down. And as time passes by, it only becomes more obvious for the world to not buy into their "just good friends" statement. Apparently, their love blossomed on the sets of their first film together, Goliyon Ki Raasleela Ram-leela. It all started when the director Sanjay Leela Bhansali asked the two actors to hangout while attending workshops for the films. Eventually the spending of hours together, traveling and shooting resulted in a new romance for the couple.

Since the filming, there have been many reports of them being seen together, confirming their involvement. Deepika's car parked in front of Ranveer's house at night, Ranveer visiting Deepika while she was shooting for her next film Happy New Year in Dubai and their recent vacation to New York for Deepika's birthday has just kept the tabloids buzzing.

Deepika Padukone, have learnt her lesson with her previous relationship with Ranbir Kapoor is said to be the one wanting to keep this new affair under wraps. But there have been times when her alleged beau Ranveer couldn't stop gushing about how smitten he was by her, hence giving away their relation. The promotions of their film Goliyon Ki Raasleela Ram-leela and the recently held award functions like the Screens Awards, Zee Cine Awards and Filmfare are few to name.

BollyCurry would like to wish the alleged couple all the very best for their future. Though nothing has been confirmed yet, grapevine has the couple coming together for yet another Sanjay Leela Bhansali project named Bajirao Mastani. At this point, the movie is in its early development stage, so it is yet to be seen if the audience will get to see their electrifying chemistry again or not. On that note, we take your leave hoping the couple publicly comes out with the true extent of their relationship.


Have a suggestion or comment for BollyCurry? Then drop us a PM at BC_Dropbox today!