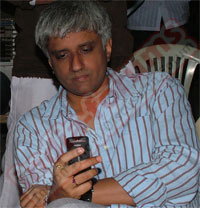 Bollywood has never let an opportunity to remake a Hollywood flick go by, especially if it is suitable for the Indian audience's tastes. Reportedly, an Indian producer is now planning to remake "Cellular", based on a kidnapping case. The 2004 Hollywood film shows how a kidnapped woman calls a stranger from her phone to seek help.

Hindi film "Speed", directed by Vikram Bhatt, was the last film to be borrowed from Hollywood. "Akele Hum Akele Tum", "Kaante" and "The Killer" were previous remakes. Another recent Hollywood inspired-movie is "Partner", a recent box-office hit, which was modelled closely on "Hitch", starring Will Smith.